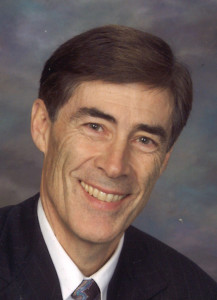 William Maxwell Taylor entered the United States Army on November 2, 1969, in Cedar Falls, IA, served during the Vietnam War era and reached the rank of Captain before being discharged on November 1, 1971 in Denver, CO.

William Maxwell Taylor is buried at Hawkeye Cemetery in Hawkeye, IA, Iowa and can be located at

William Maxwell Taylor, of Waverly, Iowa, peacefully transitioned to a more glorious place on October 31, 2014. William, or “Bill” was born on November 7th, 1943 in Rockford, Illinois, son of Dr. Wendel William Taylor and Helen Cadwallader Taylor. He grew up in Sheffield, Iowa, and graduated from high school there in 1962. Bill then attended the University of Northern Iowa in Cedar Falls, Iowa, and received his B.S. in 1966, followed by a graduate degree in Physical Therapy from the University of Iowa in Iowa City in 1968.

He met his wife of 46 years while at the University of Northern Iowa, Mary Kay Pleggenkuhle, and they were united in marriage on August 3rd, 1968, in Hawkeye, Iowa, and made their first home in Cedar Falls, Iowa. Early in his career, Bill worked as a Physical Therapist at Schoitz Memorial Hospital (now known as Covenant Medical Center) in Waterloo, Iowa, until being called to serve in the United States military during the Vietnam War. Bill and Mary moved to Denver, Colorado, where Bill helped rehabilitate injured men and women from the war at Fitzsimmon’s Army Hospital, as a Captain in the United States Army. Bill and Mary moved back to Iowa in 1972 and made their home in Waverly, Iowa, and Bill began work as a Physical Therapist at the Waverly Hospital. He and Mary raised their three children in Waverly while Bill owned and operated Taylor Physical Therapy for 43 years at the Waverly Hospital as well as clinics in Sumner, Nashua, and Parkersburg, and several nursing homes in the local area.

He is survived by: his wife, Mary of Waverly, Iowa; a son, Dr. David Taylor of Aitkin, Minnesota; his daughters, Dr. Sarah Taylor and Dr. Amy Taylor, both of Winston-Salem, North Carolina; a sister, Jean Newton (John) of Charles City, Iowa; a brother, Rick (Deb) of Ankeny, Iowa; a brother-in-law, David Pleggenkuhle of Hawkeye, Iowa; and a sister-in-law, Carol Halverson (Allan) of Hawkeye, Iowa. He was preceded in death by his parents.

Bill loved his family, his staff at his clinic, treating patients, fishing, reading Western books and watching Western movies, all sports, especially football, basketball and baseball, and his blood ran black and gold for his beloved Iowa Hawkeyes. He enjoyed trips to Sanibel Island, Florida, where he and Mary have a condo, fishing trips with his son, brother-in-law, and friends to Minnesota, Canada and Idaho, and taking trips with Mary and their children all over the United States. Within the past month of his life, he had a relaxing trip with his daughter Amy to Tucson, Arizona, where he got to see the scenery that served as the backdrop for his favorite genre of Western-themed books and movies.

A private burial was held in Hawkeye, Iowa, on November 5th with only immediate family present. A religious service with communion will be held at 1:00 pm at Trinity United Methodist Church in Waverly, Iowa, on Sunday November 16th with a Celebration of Life to follow at Tendrils within the Waverly Health Center from 2-5pm. Bill and his life will be celebrated with his favorite desserts, music (50s & 60s rock & roll, boogie woogie and country), photos, stories and remembrances. For all who knew Bill and have a story, thoughts or memories to share, please bring in writing (any type of paper, can be handwritten or typed) to the church or Tendrils to place in a basket to be shared later among family. Bill’s children and future grandchildren will enjoy the stories of Bill forever.

Memorials may be directed to the Taylor Family to establish an educational scholarship for undergraduate students planning a career in Physical Therapy (William Maxwell Taylor Therapy Scholarship for Physical Therapy). – See more at: http://www.kaisercorson.com/obituary/William-Maxwell-Taylor/Waverly-IA/1448299#sthash.gUJVWC3E.dpuf