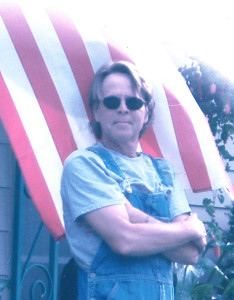 William Con Campbell entered the United States Navy on May 27, 1969, in Albia, IA, served during the Vietnam War era and reached the rank of Fireman Apprentice before being discharged on April 28, 1972 in San Francisco, CA.

William Con Campbell is buried at Harlington Cemetery in Waverly, IA, Iowa and can be located at

William Con “Bill” aka (Bowser) Campbell, 62, of Albia, Iowa and formerly of the Waverly-Shell Rock area, was pronounced dead on Thursday, May 1, 2014, at the Monroe County Hospital in Albia.

Bill was born on August 2, 1951, in Passaic, New Jersey, the son of John Francis “Jack” and Patricia L. (DeMoss) Campbell. Bill attended grade school at Shell Rock Elementary, and Don Bosco, Gilbertville, Waverly-Shell Rock Schools, graduating in 1969 for Albia Community High School. On May 27, 1969, Bill entered the U.S. Navy during the Vietnam War. Bill served as a Marine Mechanic and his last duty/assignment was on the USS E.F. Larson DD 830. Bill was honorably discharged from the service on April 28, 1972, in San Francisco, California. Bill returned home and worked several jobs, including, deck hand on a Mississippi barge in Alabama, Oberheu’s Construction Company in Waverly, Advanced Floral Concepts, Veteran’s Administration Hospital in Des Moines, U.S. Postal Carrier in Knoxville, Iowa until ill health forced his retirement in 2011.

Bill really loved gardening and growing flowers for Albia and Knoxville area florists. He had a passion for photography and enjoyed his quiet time when out fishing. He was a member of the American Legion Post #0136 of Albia.

Bill is survived by his four brothers and their wives; John (Pam) Campbell, Lyman (Cyndi) Campbell, Matthew (Marcia) Campbell all of Waverly, Iowa; James (Shelley) Campbell of Grundy Center, Iowa. Bill is also survived by many nieces, nephews, and a host of friends in Albia. Bill was preceded in death by his sister, Rosemary in 1988; his mother, Pat in 2004; his father, Jack in 2008.

The family will greet friends from 11:00 a.m. until 1:00 p.m. on Wednesday, May 7, 2014, at Kaiser-Corson Funeral Home in Waverly. Burial will be in Harlington Cemetery in Waverly, with military honors conducted by the Waverly Area Veterans Honor Guard. Memorials may be directed to the family. Online condolences for Bill’s family may be left at www.kaisercorson.com. Kaiser-Corson Funeral Home in Waverly is assisting the family. 319-352-1187. – See more at: http://www.kaisercorson.com/obituary/William-Con-Bill-Campbell/Albia-IA/1379462#sthash.Om4osMgc.dpuf