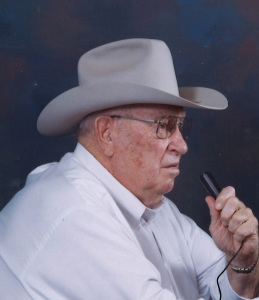 William “Bill” Thomas Dean entered the United States Army on October 26, 1948, in Waterloo, IA, served during the Korean War era and reached the rank of Sergeant First Class before being discharged on July 15, 1952 in Camp Carson, CO.

William “Bill” Thomas Dean is buried at Harlington Cemetery in Waverly, IA, Iowa and can be located at

Bill was born on May 25, 1930, in Shubert, Nebraska, the son of Harry and Lula (Rose) Dean. As a small boy his family moved to Dennis, Kansas where Bill attended school until the 8th grade. In 1948, he turned eighteen and enlisted in the United States Army serving in Korea with the 47th Heavy Tank Division as a gunner receiving several metals. He was honorably discharged and upon returning to the States he went to work in the oil fields in Colorado, Nebraska, and Montana for the Delta Gulf and Texas Company. On February 18, 1951, Bill was united in marriage to Elsie Pilkington in Huntsville, Arkansas. The couple would then make their home in Beaman, Iowa, where Bill worked as a hired hand and then farmed and raised livestock on his own for ten years. During this time he attended auctioneer school and in 1964, moved to Waverly where he bought partnership in the Waverly Sales Company and in 1975, bought full ownership. Bill would spend the rest of his life auctioneering. In 1976, Bill started running the draft horse sale which he has grown into the largest horse sale in the world with the most modern scales and computer equipment.

Bill was a member of American Legion Post #176 of Waverly, Percheron Horse Association, and Chuck Wagon Association of Iowa and Minnesota. Bill loved animals, especially, horses and cattle. His other enjoyments included attending auctions held by others, hunting, fishing, and playing solitaire, however, what he enjoyed most was spending time with his friends and family.

Bill’s memory is honored by: his wife, Elsie of Waverly; a son, Ron (Dee) Dean of Waverly; a daughter, Sharon (David) Beyer of Waverly; five grandchildren, Joshua, Colton, and Chase Beyer and William and Robert Dean; two great-grandchildren, Nathaniel and Elizabeth Beyer; a brother, Robert (Sherry) Dean of Omaha, Nebraska; a sister, Loraine Bates of Grandby, Missouri; a grand dog, Stormie; and several nieces and nephews. He was preceded in death by: his parents; three brothers, Edmund, Harry, and Wesley Dean; and two sisters, Lula Mae Hannusch and Viola Bell.

Funeral services will be held at 10:30 on Thursday, September 25, at Trinity United Methodist Church in Waverly. Burial will follow at Harlington Cemetery in Waverly where the Waverly Area Veteran Groups will give honors. Visitation will be held on Wednesday, September 24, at the Kaiser-Corson Funeral Home in Waverly where the family will greet friends from 4 to 8 p.m. Memorials may be directed to Bill’s family and online condolences may be left at www.kaisercorson.com. 319-352-1187 – See more at: http://www.kaisercorson.com/obituary/William-Bill-Thomas-Dean/Waverly-IA/1420664#sthash.OiZreorK.dpuf