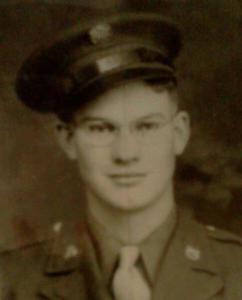 Wilbert E. Bock entered the United States Army on August 22, 1944, in Fort Snelling, MN, served during the WWII era and reached the rank of Sergeant before being discharged on July 2, 1946 in Fort Leavenworth, KS.

Wilbert E. Bock is buried at Fairview in Denver, Iowa and can be located at