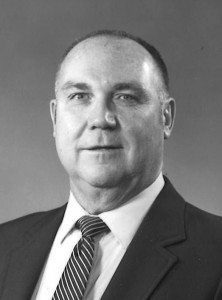 Wayne Wesley Spurbeck entered the United States Army on August 30, 1946, in Fort Snelling, MN, served during the World War II era and reached the rank of Corporal before being discharged on December 13, 1947 in Camp Stoneman, CA.

Wayne Wesley Spurbeck is buried at Harlington Cemetery in Waverly, Iowa and can be located at

Wayne was born on January 8, 1928, in Charles City, Iowa, the son of Dale and Myrtle (Hereid) Spurbeck. He was raised in Charles city where he was baptized and confirmed at St. John Lutheran Church and graduated from the Charles City High School in 1945. After graduation Wayne attended the University of Iowa where he played on the line for the Iowa Hawkeyes football team. In 1946, Wayne was drafted to the United States Army serving during WWII. After being honorably discharged, Wayne returned to the University of Iowa graduating in 1951. The fall of 1951, started his teaching career at Grinnell High School. In 1952, he moved to Waverly and continued his teaching career at the Waverly Shell Rock Junior High School, where he taught Math, served as Athletic Director, and coached football, basketball, and track. On June 6, 1964, Wayne was united in marriage to Sara Hixson at the Christian Church in Hillsboro, Iowa. Wayne retired in 1990.

Wayne was a member of St. Paul’s Lutheran Church in Waverly, American Legion Post #176 of Waverly, Joe W Cretzmeyer V.F. W. Post #2208, of Waverly, and University of Iowa Alumni Association. He enjoyed Golf, Bowling, and Crossword Puzzles, however, what Wayne enjoyed most was his family, especially his grandchildren.

Visitation will be held on Wednesday, May 27, at Kaiser-Corson Funeral Home in Waverly where the family will greet friends from 5 to 7 p.m. Private family burial will be held Thursday, May 28, at Harlington Cemetery with the Waverly area Veterans Group giving honors. Memorial services will be held at 10:30 a.m. on Thursday, May 28, at St. Paul’s Lutheran Church in Waverly. Memorials may be directed to the Waverly-Shell Rock Schools Nurses Fund or St. Paul’s Lutheran Church and online condolences may be left at www.kaisercorson.com. – See more at: http://www.kaisercorson.com/obituary/Wayne-Wesley-Spurbeck/Waverly-IA/1512383#sthash.IWHo5ypO.dpuf