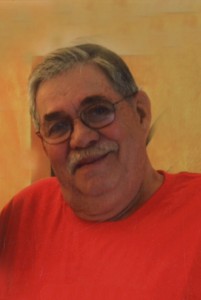 Wayne Roger Hartman entered the United States Army on March 8, 1962, in Allison, IA, served during the Peacetime era and reached the rank of Specialist 4th Class before being discharged on March 6, 1964 in Fort Riley, KS.

Wayne Roger Hartman is buried at Allison Cemetery in Allison, Iowa and can be located at

Wayne was born on May 7, 1939, in Waverly, Iowa, the son of John and Pauline (Voigts) Hartman. He was raised on a farm near Allison, Iowa, and attended country school. In 1957, he graduated from Allison High School. On October 2, 1959, Wayne was united in marriage to Diane Poppe in Vilmar, Iowa. The couple divorced, and later she became his best friend. On March 8, 1962, Wayne entered the United States Army; he was honorably discharged on March 6, 1964. Wayne enjoyed his career as a carpenter and foreman. He worked for Mike Ramker, Bob Ramker Construction and Oberheu Construction

Wayne was a member of Messiah Lutheran Church, Janesville American Legion Post #522, and Lions Club International. He was a sports fan and in his younger years played baseball. Later he enjoyed bowling, playing fast-pitch softball, and fishing.

Wayne is survived by Diane Hartman of Cedar Falls; sister, Evon Kussatz of Lincoln, NE; two nieces; a nephew; and a special friend, Troy Long. He was preceded in death by his parents; infant brother, Lowell; and brother-in-law, Kent Kussatz.

Funeral services will be at 10:30 am, on Monday, March 21, 2016, at Messiah Lutheran Church in Janesville, Iowa. Burial will follow at Allison Cemetery, in Allison, Iowa, with military graveside honors by the Janesville American Legion Post #522. Visitation will be on Sunday, March 20, 2016, from 2 to 5 pm, at Kaiser-Corson Funeral Home in Waverly. Memorials may be directed to the family for later designation. Online condolences may be left at www.kaisercorson.com. Kaiser-Corson Funeral Home in Waverly is assisting the family. 319-352-1187 – See more at: http://www.kaisercorson.com/obituary/Wayne-R.-Hartman/Janesville-IA/1599619#sthash.pL4DO80K.dpuf