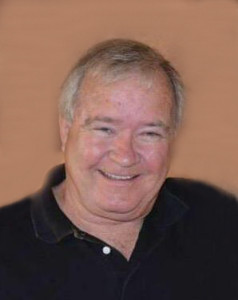 Wallace Robert Graham entered the United States Marine Corps on March 22, 1968, in Philadelphia, PA, served during the Vietnam War era and reached the rank of Lance Corporal before being discharged on July 17, 1970 in Arlington, VA.

Wallace was born June 21, 1948, in Dover, Delaware, the son of Franklin and Mary H. (Poore) Graham. He entered the United States Marine Corps in 1968 and served until his honorable discharge in 1970. He received his Maryland High School Diploma in 1991. In 2007, he moved to Janesville to be closer to family. Wallace worked in maintenance his entire life and was most recently employed by Rolling Meadows Apartments in Waverly and The Isle Casino in Waterloo.
Wallace enjoyed going to local and regional car shows. He especially enjoyed Mustangs, Challengers, and anything Mopar. Above all, he loved spending time with his children and grandchildren.

Memorial Services will be held at 11:00 a.m. on Friday, January 30, 2015, at St. John Lutheran Church in Waverly. Visitation will be from 5 p.m. to 7 p.m. on Thursday, January 29, 2015, at the Kaiser-Corson Funeral Home in Waverly and for an hour prior to services at the church on Friday. Military Rites will be conducted at the church following the service by the Waverly Area Veterans Group. Burial will be held at a later date. Memorials may be directed to the family. On-line condolences may be left at www.kaisercorson.com.

Kaiser-Corson Funeral Home in Waverly is in charge of arrangements. 319-352-1187 – See more at: http://www.kaisercorson.com/obituary/Wallace-Robert-Graham/Janesville-IA/1474831#sthash.D5rdt94n.dpuf