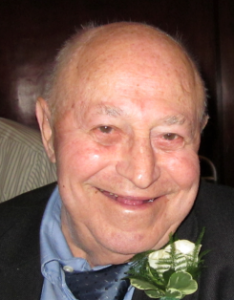 Virgil Vernon Weidler entered the United States Marine Corps on November 26, 1941, in New Hampton, IA, served during the World War II era and reached the rank of Corporal before being discharged on November 30, 1945 in San Diego, CA.

Virgil Vernon Weidler is buried at Grace Lutheran Cemetery in Tripoli, Iowa and can be located at

Funeral services will be held 10:30 a.m., Tuesday, May 12, 2015, at Grace Lutheran Church in Tripoli with Rev. Dana Loney officiating. Interment will follow in Grace Lutheran Cemetery with military rites conducted by Brandenburg-Krueger Post #4013, V.F.W. of Tripoli. Friends may call from 4:00 p.m. until 7:00 p.m., Monday, May 11th at Rettig Funeral Home in Tripoli and for one hour preceding services at the church on Tuesday. Memorials may be given in his name to the Tripoli Nursing Home, Bremwood – Ladies Auxiliary (it was the Orphans Home where Virgil lived in his youth), or Grace Lutheran Church in Tripoli.

Virgil Vernon Weidler was born on April 22, 1920 near New Hampton, Iowa. He was the son of Henry and Martha (Zipse) Weidler. At the age of 5, he was placed in the Lutheran Orphans Home (now Bremwood) by his father, to ensure he and his sisters would remain together after being bounced between uncles. He lived at the home for 14 years. He was baptized in June, 1920 at Immanuel Lutheran Church in Lawler (Jerico), Iowa. He was confirmed on May 29, 1936 in St. Paul Lutheran Church, Waverly, Iowa by Rev. Schlueter. Virgil attended elementary school at the Home until he completed the 8th grade and then on to Waverly High School until Thanksgiving, 1939. While at the Home he managed the baseball team. He remembers times of competing with teams in the area. This was where his love of baseball originated!! It was in 1939 that he was moved from the Orphans Home to Herb and Evalena Hoppenworth’s home to work on the farm and attended Tripoli High School. He graduated from Tripoli High School on May 17, 1940. On November 26, 1941, Virgil entered the Marine Corps to serve his country. He was interested in communications, so attended radio operator classes. He also learned Japanese code so he could serve as an intercept operator.

To this union six children were born. Virgil was honorably discharged from the Marine Corps on November 30, 1945. Following Virgil’s discharge they returned to Bremer County where he worked for Farmers Produce for Elmer Wilharm in Greene, Iowa. Virgil had worked for him in Clarion, Iowa before entering the service. Shortly, thereafter, Art Rieckenberg had asked him to come to the farm to assist, as Monna Lou had previously lived and cared for the Rieckenberg children. In 1950 they moved to Tripoli, which has been their home ever since, to return to Farmers Produce as a truck driver and bookkeeper. He continued to share his love of baseball as he organized the 1970 Luther League team and also umpired many baseball and softball games. Virgil also organized the Cub Scouts in Tripoli in 1955 where he served as a Cubmaster for four years.

After a couple years of odd jobs in Waverly, he became the custodian at the Tripoli Community Schools for 25 years (1961 – 1986). Upon retirement, he continued to find himself on the playground, but now he was pushing Jennifer, Nicole and Tyler on the swings!!

Virgil was preceded in death by his wife, Monna Lou, on May 6, 2009. He is survived by five sons, Dennis (Sharlene) Weidler of Waverly; Alan Weidler of Dewey, Arizona; Lorin Weidler of Waterloo; Marlin (Beverly) Weidler of Olathe, Kansas, Dale (Patricia) Weidler of Hawkins, Texas; one daughter, Catherine (Dana) Loney of Sheboygan Falls, Wisconsin; twenty-three grandchildren and many great grandchildren.