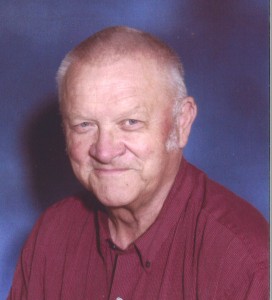 Victor “Vic” Lavern Fasse entered the United States Army on September 3, 1957, in Des Moines, IA, served during the Peacetime era and reached the rank of Private First Class before being discharged on September 2, 1959 in Fort Riley, KS.

Victor “Vic” Lavern Fasse is buried at Harlington Cemetery in Waverly, Iowa and can be located at

Victor “Vic” Fasse, 78, of Waverly, Iowa passed away on January 6, 2016 at the Bartels Lutheran Retirement Community in Waverly, Iowa.

Victor Lavern Fasse was born on January 18, 1937, the son of William Henry and Margaret Ida (Nolte) Fasse in Readlyn, Iowa. He was baptized on January 31, 1937 at St. John’s Evangelical and Reformed Church – Maxfield rural Denver, Iowa and confirmed on March 18, 1951 at St. Paul’s Lutheran Church in Waverly. Vic attended rural school in Readlyn, Maxfield #3, and St. Paul’s Lutheran school and graduated from Waverly High School in 1955. He was inducted into the Army on September 3, 1957 until his discharge on September 2, 1959 at which time he was transferred to the US Army Corps reserve until September 2, 1963. On May 18, 1958, he was united in marriage to Elnora M. Hoeper at St. John’s United Church of Christ – Siegel. She passed away on April 12, 1983. On September 8, 1984, he was united in marriage to Freda Young at the Glad Tidings Church in Cedar Falls, Iowa. She passed away on June 10, 1997. Victor was employed at Rath Packing and BF Goodrich before working for Nestle for 32 years until his retirement on January 19, 1998. On January 18, 1998, he was united in marriage to Judith Butzlaff at the Good Shepherd Chapel – Bartels. She passed away on December 28, 2011.

Vic was a member of Redeemer Lutheran Church and lifetime member of the Good Sams Club. He was an avid card player (especially Schafskopf), loved camping and traveling the United States, chocolate, riding his motorcycle, wintering in Florida and Texas, an avid Iowa Hawkeye fan and collected John Deere tractors.

Funeral services will be held on Monday, January 11, 2016 at 10:30 am at Redeemer Lutheran Church in Waverly with Pastors Nancy Larson and Paul Schaedig officiating. Burial will be in the Harlington Cemetery in Waverly. Visitation will be on Sunday from 4:00 pm until 7:00 pm at the Kaiser-Corson Funeral Home in Waverly and also an hour prior to the service on Monday at the church. Memorials for Vic may be directed to Redeemer Lutheran Church or Cedar Valley Hospice and online condolences may be left at www.kaisercorson.com.

Kaiser-Corson Funeral Home of Waverly is in charge of arrangements for Victor Fasse. 319-352-1187 – See more at: http://www.kaisercorson.com/obituary/Victor-Lavern-Fasse/Waverly-IA/1577681#sthash.uAu3agKk.dpuf