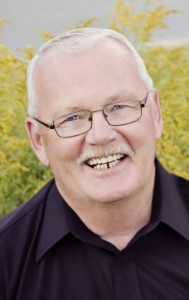 Verle Dean Jacobson entered the United States Army on January 5, 1961, in Omaha, NE, served during the Peacetime era and reached the rank of Specialist Five before being discharged on August 3, 1941 in Fort Dix, NJ.

Verle Dean Jacobson is buried at Saint John Lutheran Cemetery in Sumner, Iowa and can be located at

Dean Verle Jacobson, son of Otto Yngve and Lois Viola (Booth) Jacobson, was born August 3, 1941, in Quimby, Iowa and graduated from Milford High School in 1959. Serving with the U.S. Army, he was with the National Security Agency in England for two years. On October 15, 1961, he was united in marriage with Janice Kay Brawner, at Ruthven, Iowa. In 1968, they moved to Sumner. After working for several years in agriculture sales, Dean went into partnership with Wuttke Motors in Sumner, owned D and J shoes, then proudly served twenty-four years with the Bremer County Sheriff’s Office as deputy/detective.

Dean was a member of St. John Lutheran Church of Sumner, serving as Chairman of the council and various other committees. He was a member of the Commercial Club, Jaycee’s, on the SEMS crew for twenty-five years and Board of Directors, Planning and Zoning Commission, served as Chairman of the Bremer County Civil Service Commission. He was also a member of Thomas E. Woods #223, American Legion of Sumner, where he served as adjutant, commander, chaplain, and chairman of the Veteran’s Tribute, of which he was very proud to be a part of to enhance the beauty of Sumner. He enjoyed fishing, golfing, playing 31, and most especially, attending many grandchildren’s activities.

He was preceded in death by his parents and one brother, Loren.