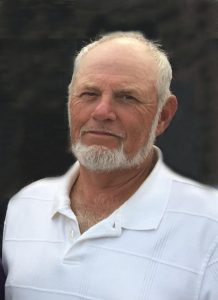 Terrance Thomas Roberts entered the United States Army on April 24, 1968, in Des Moines, IA, served during the Vietnam War era and reached the rank of Private First Class before being discharged on April 23, 1970 in Fort Myer, VA.

Terrance Thomas Roberts is buried at in , Iowa and can be located at

Terry was born on September 4, 1948, in Waterloo, Iowa, the son of Cyrilla (Reicherts) and Raymond Roberts. He was baptized at St. John Catholic Church in Waterloo on September 19, 1948. Terry attended St. Mary’s Catholic Elementary and Columbus High School, graduating in 1967. In 1968, Terry was married to Gloria Hunemiller in Waterloo, Iowa. The couple later divorced. On December 16, 1973, Terry was united in marriage to Mildred “Milly” Wehling in Waterloo, Iowa. The couple made their home in Raymond, Iowa before moving to rural Tripoli in 1998. From 1968 until his honorable discharge in 1970, Terry served in the United States Army – National Honor Guard. He proudly served at the funeral services for President Dwight D. Eisenhower in 1969.

Terry was a talented steel fabricator for many years in the Cedar Valley and most recently at Bruns Machinery in Cedar Falls, Iowa. He retired in 2014. He was also a former co-owner of the Frederika Locker. For enjoyment, Terry liked to golf, and served on the Board of Directors for Maple Hills Golf Course in Tripoli. He was also an avid hunter and loved to fish.

Funeral services will be at 10:30 a.m., on Thursday, August 3, 2017, at Grace Lutheran Church in Tripoli, with Pastor Scott Duffus officiating. Military rites will be provided by Tripoli VFW Post #4019. Visitation will be held on Wednesday, August 2, 2017, from 4:00 to 6:00 p.m. at Kaiser-Corson Funeral Home in Waverly and for one hour prior to the funeral service at the church on Thursday. Memorials may be directed to the family for later designation, and online condolences may be left at www.kaisercorson.com. Kaiser-Corson Funeral Home in Waverly is assisting the family. 319-352-1187.