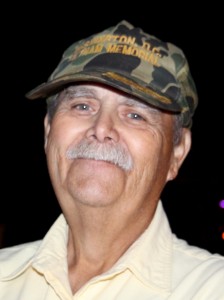 Steven Lee Wylam entered the United States Army on August 20, 1969, in Des Moines, IA, served during the Vietnam War era and reached the rank of before being discharged on November 18, 1972 in Oakland, CA.

Steven Lee Wylam is buried at Harlington Cemetery in Waverly, Iowa and can be located at

Steve was born June 8, 1950, the son of Duane and Burneile (Miller) Wylam. He graduated from Waverly-Shell Rock High School with the class of 1969. He then served his country in the United States Army during the Vietnam War. Upon his honorable discharge from the Army in 1972, he returned to the Waverly area and helped his parent’s farm. He then worked as a mechanic at several surrounding businesses. Steve was currently employed by the City of Waverly. He was also a mainstay at the Waverly Sale Barn where he worked during the horse sale.

Steve was an avid Pittsburgh Steelers fan and loved all animals and children. He thoroughly enjoyed time spent with his family.

Steve is survived by three sisters; Lynda (Ray) Black-Smith of Cedar Rapids, Joyce (Larry) Kurtz of Waverly and Barb (Wes) Gielau of Denver, two brothers; Dennis (Sharon) Wylam of Lone Jack, Missouri and David (Cathy) Wylam of Waverly. He is also survived by numerous nieces and nephews. He is preceded in death by his parents and grandparents.

Memorial Services will be held at 6:00 p.m. on Tuesday, November 3, 2015, at the Kaiser-Corson Funeral Home in Waverly. Visitation will be held from 4 p.m. until service time at the funeral home on Tuesday. Memorials may be directed to the family and on-line condolences may be left at www.kaisercorson.com.

Kaiser-Corson Funeral Home in Waverly is in charge of arrangements. 319-352-1187 – See more at: http://www.kaisercorson.com/obituary/Steven-Lee-Wylam/Shell-Rock-IA/1555069#sthash.ugmzRBRN.dpuf