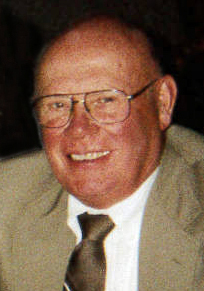 Sterling Orlyn Edgar entered the United States Air Force on November 27, 1950, in Illinois, served during the Korean War era and reached the rank of Sergeant before being discharged on November 26, 1951 in Finley, ND.

Sterling Orlyn Edgar served again in the United States Air Force and reached the rank of Corporal before being discharged January 18, 1950 in Oklahoma City, OK.

Sterling Orlyn Edgar is buried at St. Peter's Lutheran Cemetery in Denver, Iowa and can be located at

Sterling was born January 27, 1930, in Sargeant, Minnesota, the son of Alfred and Alma (Hegna) Edgar. He served his country honorably in the United States Air Force during the Korean War. On September 5, 1959, he was united in marriage to Beverly Boysen in Rochester, Minnesota. The couple would spend the first years of their marriage in Rochester and then moved to Denver, Iowa, where they owned and operated Sterling Tops from 1969 until retirement in 1995. Beverly passed away on December 22, 2015.

Sterling was a longtime member of St. Peter Lutheran Church in Denver. While living in Rochester, he was a member of several bowling leagues. He always looked forward to the morning coffee group in Denver. Sterling was a very active member of the Denver community, serving on the Denver Fire Department, Denver School Board, Denver Sunset Nursing Home Board, and was a Cub Scout Leader. He enjoyed woodworking, golfing, fishing, reading and computers.

Funeral Services will be held at 2:00 p.m. on Tuesday, March 14, 2017, at St. Peter Lutheran Church in Denver with Rev. Ron Mathews officiating. Burial with Military Rites by the Acker-Matthias American Legion Post #653-Denver, will be performed in the church cemetery. Visitation will be held from 4 p.m. to 7 p.m. on Monday, March 13, at the Kaiser-Corson Funeral Home in Denver and for an hour prior to services at the church on Tuesday. In lieu of flowers, memorials may be directed to Camp Courageous or the Denver Fire Department. On-line condolences may be left at www.kaisercorson.com.