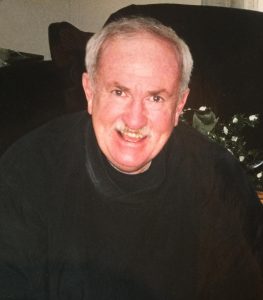 Stephen Michael Phelan joined the United States Army June 27, 1966 in Omaha, NE, served during the Vietnam War era and reached the rank of Specialist 4 before being discharged June 26, 1969 in Fort Sheridan, IL.

Specialist 4 Stephen Michael Phelan is buried at Home in Readlyn, Iowa and can be located at

Steve Phelan, 68, died unexpectedly on March 27 in one of his favorite places – riding his bike in nature with the trees and the deer.

He had many titles – husband, father, veteran, teacher, coach, writer, friend – but his favorite title was human being.

As a husband, he traversed the many roads of life with Lauri, reveling in the beauty of nature and of their relationship. As a father, he was a part of the team raising three talented girls, each with their own gifts for the world. As a veteran, he won the Purple Heart in Vietnam and came home as a lifelong advocate for peace. As a teacher, he taught more than two generations of students at Wapsie Valley, Central Decatur and Dunkerton high schools. He has received many official awards including Outstanding Teacher of the Year in 1986. However, his best reward was witnessing a student meeting his or her fullest potential. As a coach, he nurtured athletes in cross country, track, baseball and softball. His teams twice won the state championship in cross country and he was coach of the year in 2000. As a writer, he was an advocate for the English language, and later in life used Facebook as his daily publishing vehicle. As a friend, he was loyal, funny and caring.

Countless stories have been told by former students and athletes about how Mr. Phelan believed in them and encouraged them throughout their school years and beyond. It was his belief in the human spirit that was above all. He truly believed that everyone could grow and succeed, and that everyone deserved that chance. He fought throughout his life for the resources to make schools successful. His steadfast belief was that teaching was a calling and a profession, and that with the right tools and inspiration, everyone could be a writer and a lover of literature. While he won state titles in cross country, it was his dedication to every member of the team that made him the coach he was. From the best to the last, in every sport he coached, he cared for each athlete and pushed them to achieve their best.

He spent most of his youth living in Council Bluff with his step-mother, who he affectionately called Mom. He was a successful runner, baseball player and student. After Vietnam, he graduated from Northwest Missouri State, where he met his life partner Lauri. They moved to Readlyn, where he taught English at Wapsie Valley for 32 years, and after his “retirement,” he taught at both Central Decatur and Dunkerton high school.

He is survived by Lauri, his wife of almost 47 years, his daughters Lisa, Kim and Kristin, their husbands and seven grandchildren, all who adored “Papa.”

His legacy will be the thousands of lives he touched in the classroom, on the field and on the track. He was a mentor to many, a friend to all. More than anything, he was a human being.

A celebration of his life is schedule for Sunday, April 2 at the Center Inn in Readlyn from 1- 4 p.m. Come to share laughter, tears and stories. In lieu of flowers, memorials may be sent to the Wapsie Valley Education Foundation. Or, take moment and enjoy nature and life in all its beauty – just as Steve would.