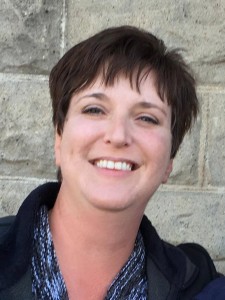 Shannan Gay Goodman (Anderson) entered the United States Army on August 27, 1997, in Des Moines, IA, served during the Gulf War era and reached the rank of Specialist before being discharged on April 26, 1999 in Ansbach, Germany.

Shannan Gay Goodman (Anderson) is buried at Andrews Cemetery in Waverly, Iowa and can be located at

Shannan was born August 4, 1972, in Waverly, Iowa, the daughter of Bruce and Nancy (Kendall) Gipple. She attended Waverly-Shell Rock High School, graduating in 1990. Shannan entered the United States Army in 1997. She was stationed at Katterbach Kaserne in Germany, and was honorably discharged in 1999. In 2001, Shannan earned an Associated Degree in accounting at Hawkeye Community College. On July 13, 2002, she was united in marriage to Chris Goodman at the Little Brown Church in Nashua, Iowa. The couple later divorced.

Shannan worked for Allen Memorial Hospital from 2000 to 2003. Then she worked for Cuna Mutual Insurance from 2003 until 2014, and then started her own cleaning business called “Clean Freak”. Shannan really loved her family, especially her kids, and grandson. They had fun together watching movies, attending events, and even wrestling on the floor! Shannan knew and would quote many lines from the movies as they watched! She was very smart whited, determined, and always put 100 percent into whatever she decided to take on; she always finished what she started.