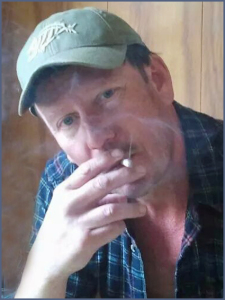 Seth Vernon Nieman entered the United States Marine Corps on February 6, 1980, in Des Moines, IA, served during the Peacetime era and reached the rank of Private First Class before being discharged on June 15, 1984 in Cherry Point, NC.

Seth Vernon Nieman is buried at Harlington Cemetery in Waverly, IA, Iowa and can be located at

Seth was born July 27, 1962, the son of Galen and Estelle (Wendorf) Nieman in Waverly, Iowa. He graduated from Waverly-Shell Rock High School in 1980, and then entered the United States Marine Corp. Upon his honorable discharge, he returned to Waverly. He worked at Nestle in Waverly for more than 25 years.

Seth had a passion for hunting and fishing, and often did them together with his son, Chris. They hunted nearly every season and fished in many different spots throughout the area.

Military Graveside Services will be conducted at 11:00 a.m. on Friday, August 15, 2014, at the Harlington Cemetery in Waverly by the Waverly Area Veterans Honor Guard. Visitation will be held from 9 a.m. until service time at the Kaiser-Corson Funeral Home in Waverly. Memorials may be directed to the family and online condolences may be left at www.kaisercorson.com.

Kaiser-Corson Funeral Home in Waverly is in charge of arrangements. 319-352-1187 – See more at: http://www.kaisercorson.com/obituary/Seth-Vernon-Nieman/Waverly-IA/1408429#sthash.fY9lkKmt.dpuf