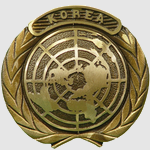 Ronald Ewald Monroe entered the United States Air Force on October 23, 1956, in Parks Air Force Base, CA, served during the Peacetime era and reached the rank of before being discharged on December 4, 1959 in Waverly Air Force Station, Waverly, IA.

Ronald Ewald Monroe is buried at in , Iowa and can be located at

Ron was born on April 5, 1934, in Westmont, Illinois, the son of Elmer and Minnea (Bruch) Monroe. At a young age he moved to Waterloo and graduated from the Waterloo East High School in 1952. He then entered the United States Air Force. On June 5, 1954, Ron was united in marriage to Barbara Marmie at Immanuel Lutheran Church in Waterloo. The couple made their home in California while Ron was in the military, however, Ron would travel the world playing baseball for the Air Force. Following Ron’s discharge in 1959, the couple returned to Waterloo. Ron worked for Rath Packing and Chamberlin’s Manufacturing for a short time and then John Deere where he worked for 30 years and was a proud member of UAW Local #838. He retired in 1994. In April of 1969, the couple moved to Denver where they raised their 4 children.

Ron will always be remembered as generous, kind, and honest. He was the cool and fun grandpa that always had a story to tell. He was the kind of guy that made it easy to love one another. Ron’s enjoyments included watching sports, baseball, and golf; however, what he enjoyed most was his family, especially, his grandchildren and great-grandchildren.

Private family prayer services will be held at Kaiser-Corson Funeral Home in Denver, with Pastor Ron Matthews officiating. Per Ron’s request there will be no public visitation or services. In Lieu of flowers, memorials may be directed to the family at 233 Lincoln Street, Denver, Iowa, 50622, for a memorial donation at a later date in Ron’s name. Online condolences for Ron may be left at www.kaisercorson.com. Kaiser-Corson Funeral Home in Denver is assisting the family with services. 319-984-5379. – See more at: http://www.kaisercorson.com/obituary/Ronald-Ewald-Monroe/Denver-IA/1507989#sthash.xbbCuRKz.dpuf