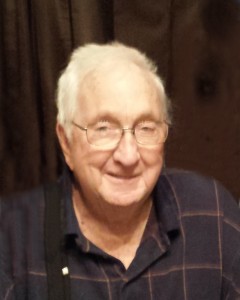 Romayne Wilbur Coontz entered the United States Marine Corps on October 3, 1951, in Waterloo, IA, served during the Korean War era and reached the rank of Corporal before being discharged on October 2, 1953 in Barstow, CA.

Romayne Wilbur Coontz is buried at in , Iowa and can be located at

Romayne was born September 9, 1930, in Waterloo, Iowa, the son of George and Wilhelmina “Minnie” (Dieckman) Coontz. He attended school in Denver, graduating in 1949. In October of 1951, Romayne entered the United States Marines, and served in the Korean War. He was honorably discharged in October of 1953. On June 8, 1958, Romayne was united in marriage to Jeanette Pavelec in Tripoli, Iowa. The couple made their home in Denver, where they raised their family.

Romayne was employed by Rath Packing in Waterloo and retired after 36 years. He was a member of the Acker-Matthias American Legion Post #653, in Denver. He enjoyed fishing, playing cards, camping, snowmobiling, and an occasional trip to the casino. But most of all, he enjoyed spending time with his family! He was known for giving the best hugs and smiles!

In keeping with Romayne’s wishes, there will be no formal visitation or funeral services. Family and friends are invited to share fellowship and memories with Romayne’s family on Saturday, February 13th from 1 to 4 p.m., at his home at 145 E. Franklin Street, Denver, Iowa. Memorials may be directed to Cedar Valley Hospice. Online condolences may be left at www.kaisercorson.com. Kaiser-Corson Funeral Home in Denver is assisting the family. 319-984-5379 – See more at: http://www.kaisercorson.com/obituary/Romayne-Wilbur-Coontz/Denver-IA/1588533#sthash.RqnO278j.dpuf