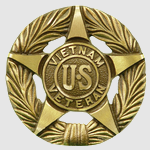 Roland Johnson entered the United States Army on September 20, 1963, in Chicago, IL, served during the Vietnam War era and reached the rank of Private before being discharged on August 20, 1967 in Oakland, CA.

Roland Johnson is buried at a place yet to be determined in Waverly, Iowa and can be located at