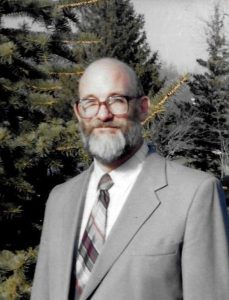 Roger William Bock entered the United States Army on October 6, 1964, in Des Moines, IA, served during the Vietnam War era and reached the rank of Specialist 5 before being discharged on September 16, 1966 in Fort Hamilton, NY.

Roger William Bock is buried at Union Mound Cemetery in Sumner, Iowa and can be located at

There will be no services at Roger’s request. Inurnment will be at Union Mound Cemetery in Sumner at a later date. Becker-Milnes Funeral Home in Sumner is assisting the family.

Roger William Bock, son of Walter and Mabel Hesse Bock, was born at home in Sumner on December 12, 1941. He was baptized and confirmed at St. Paul’s Lutheran Church in Sumner and graduated from Sumner High School in 1960. He was a star athlete and was also the class of 1960 Homecoming King. He attended UNI briefly before graduating from the Art Institute of Chicago. He served with the U.S. Army during the Vietnam War and was stationed in Germany. Roger was married for a brief time to Dorothy Brooks and was later divorced. A resident of Sumner for many years, he was a freelance artist made many signs and did other painting. He was a member of Thomas E. Woods Post #223, American Legion of Sumner.