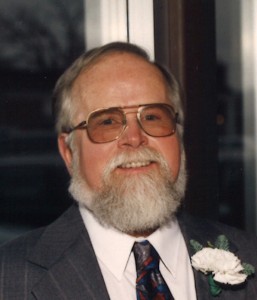 Roger James Henninger entered the United States Marine Corps on July 22, 1960, in Des Moines, IA, served during the Vietnam War era and reached the rank of Lance Corporal before being discharged on June 16, 1964 in San Francisco, CA.

Roger James Henninger is buried at Harlington Cemetery in Waverly, Iowa and can be located at

Roger was born on February 24, 1942, in Waverly, Iowa, the son of Claude and Rose (Hill) Henninger. He was baptized on March 28, 1942, and later confirmed at St. John Lutheran Church in Waverly. He grew up in Waverly and attended the Waverly-Shell Rock School district. As a teenager, he worked at the Waverly Bowl Inn and enjoyed roller skating. He entered the United States Marine Corps on July 22, 1960, and was honorably discharged in 1964. On June 22, 1961, Roger was united in marriage to Carolyn (Jones) Henninger at St. John Lutheran Church in Waverly, Iowa. Following his military discharge, Roger worked for Terex Cranes from 1967, until his retirement in 1999. He also worked for Crystal Heating and Plumbing.

Funeral services will be at 11:00 am, on Saturday, December 19, 2015, at St. John Lutheran Church in Waverly, Iowa with Pastor Matthew Versemann officiating. Burial will follow in Harlington Cemetery in Waverly, with Military Honors conducted by the Waverly Area Veterans Honor Guard, and Patriot Guard Riders of Iowa. Visitation will be on Friday, December 18, 2015 from 5 to 7 pm at Kaiser-Corson Funeral Home in Waverly. Memorials may be directed to the family for later designation. Online condolences may be left at www.kaisercorson.com. Kaiser-Corson Funeral Home in Waverly is assisting the family. 319-352-1187 – See more at: http://www.kaisercorson.com/obituary/Roger-James-Henninger/Waverly-IA/1571709#sthash.SwhP8dAa.dpuf