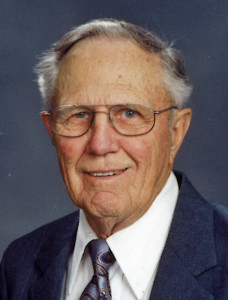 Robert Wayne Moeller entered the United States Army on April 5, 1951, in Des Moines, IA, served during the Korean War era and reached the rank of before being discharged on April 4, 1953 in Carson, CO.

Robert Wayne Moeller is buried at Fremont Cemetery in Tripoli, Iowa and can be located at

Robert W. Moeller, 89, of Tripoli, Iowa passed away on Tuesday, June 24, 2014 at the Tripoli Nursing Home in Tripoli.

Robert Wayne Moeller was born on April 10, 1925, the son of Bernard Fred and Hulda Sophia (Boderman) Moeller in Readlyn, Iowa. He was baptized on May 3, 1957 at St. Paul’s Lutheran Church in Readlyn and confirmed on June 5, 1938 at Redeemer Evangelical Church in Gresham. Bob attended rural school through the 8th grade at Bennington #6, rural Black Hawk County near Dunkerton and graduated from Readlyn High School on May 17, 1943. Following his education, he worked on the family farm. On April 4, 1951, he was drafted into the Army, serving during the Korean Conflict until his discharge on April 4, 1953. On January 10, 1957, he was united in marriage to Mary Ellen Berlin at St. Peters Evangelical & Reformed Church in Tripoli. Bob was employed for Rock Island Railroad, L.L. Moeller Construction and Carnation Company, retiring after 23 years of employment at Carnation. Following his retirement, Bob did some painting.

He was a member of Faith United Church of Christ and the Tripoli VFW, Post 4013. Bob enjoyed attending his grandkids ballgames and doing crossword puzzles.

Funeral services will be held on Saturday, June 28, 2014 at 10:30 am at Faith United Church of Christ in Tripoli with Pastor Marilyn Sargent officiating. Burial will follow in the Fremont Cemetery rural Tripoli with Military rites conducted by the Tripoli VFW, Post 4013. Visitation will be held on Friday, June 27th from 5:00 pm until 8:00 pm at the Kaiser-Corson Funeral Home in Waverly and also an hour prior to the service on Saturday at the church. Memorial contributions may be directed to the family and online condolences for Robert may left at www.kaisercorson.com.

Kaiser-Corson Funeral Home in Waverly is in charge of arrangements. 352-1187 – See more at: http://www.kaisercorson.com/obituary/Robert-Wayne-Moeller/Tripoli-IA/1393859#sthash.bnYMExLF.dpuf