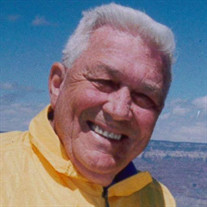 Robert Patrick Kacick entered the United States Marine Corps on January 21, 1954, in Chicago, IL, served during the Korean War era and reached the rank of before being discharged on August 20, 1957 in Norfolk, VA.

Robert Patrick Kacick is buried at Mt. Olivet Cemetery in Sumner, Iowa and can be located at

Robert “Bob” Kacick, 81, of Marion, went to join his heavenly Father peacefully with family around him at Dennis and Donna Oldorf Hospice House of Mercy, in Hiawatha, on Monday, January 22, 2018. A Parish Vigil service will be held at 4:00 p.m. on Thursday, January 25, 2018, at Murdoch Funeral Home & Cremation Service in Marion. Following the vigil service, the family will greet friends until 7:00 p.m. at the funeral home, where a Rosary will immediately follow the visitation. Funeral Mass will be held at 10:30 a.m. on Friday, January 26, 2018, at St. Joseph Catholic Church, 1790 14th Street in Marion with Father David O’Connor officiating. A luncheon will follow Mass. A committal service for the family will take place at 3:00 p.m. on Friday, January 26, 2018, at Mt. Olivet Cemetery in Pinhook, Iowa.

Bob was born at Grant Hospital in Chicago, Illinois, on January 19, 1937, where he lived most of his life. He moved to Marion, Iowa, to be closer to his wife’s family in 2011.

Bob served as a United States Marine in the Philippines and he worked on a part-time basis in the hospitality business in Chicago for several years when he returned to the states. In 1958, he joined Pickens Kane Moving & Storage and was with them for over 50 years. Bob retired in 2011 as the Vice President of Sales. He had the opportunity to move large companies (law firms, accounting firms, publishing companies, etc.) not only in Chicago, but their offices located in other cities around the country. Bob is highly respected in the industry and was always considered to be a ‘man’s man’ by all who had the pleasure to know him on a personal basis or to work with him.

Over the years, Bob grew to love musical theater, travelling, playing golf and spending time with family and friends. He liked to place a bet now and then on the major horse races, football games, and NCAA teams. Bob greatly enjoyed introducing people he thought should get married…and was a successful cupid three times. He was generous when he saw people in need and was the first to reach in his pocket to help. Bob never ‘loaned’ anyone anything. If they needed help, he gave it and never expected repayment of any kind. He also had a very creative side writing poetry, a children’s book, a novel and a screen play.

Bob always livened up a gathering as he had many interesting stories to share and a wry sense of humor which is evidenced by the following inscription on his headstone – ‘I knew this was going to happen’. Well, it did ‘happen’ and his passing leaves a huge void for all who have known and loved him during his lifetime. May he rest in peace.

Memorials may be made to the family in Bob’s memory for later designation.

To send flowers or a memorial gift to the family of Robert “Bob” Kacick please visit our Sympathy Store.