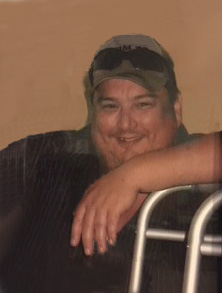 Robert Otto Walther entered the United States Navy on February 20, 1985, in Des Moines, IA, served during the Peacetime era and reached the rank of Petty Officer Third Class before being discharged on May 23, 1988 in Oakland, CA.

Robert Otto Walther is buried at in Waverly, IA, Iowa and can be located at

Bob was born on December 30, 1965, the son of Robert Sr. and Janet (Pierce) Walther. He was raised in Waverly and graduated from the Waverly-Shell Rock High School in 1985. Bob then entered the United States Navy where he became a Navy Seal. Upon being discharged he returned to Waverly. Bob was united in marriage to Nancy Boogren on August 5, 1996. During his life Bob worked at the Tannery in Evansdale, drove semi for Keim Trucking, and most recently for Hawkeye Community College as a semi-driver instructor.

Bob was a member of Pheasants Forever and National Rifle Association. He will be remembered as a caring and generous person. Bob enjoyed tractor pulls, fishing, hunting, and guns in general, whether it be target shooting or reloading his own ammunition.

Bob’s memory is honored by: his wife, Nancy of Waverly; two sons, Wyatt and Wes Walther both of Waverly; mother, Janet Beal of Washburn, Iowa; and several nieces and nephews. He was preceded in death by a brother, Brett Walther.

Bob has been cremated and private family memorials services will be held at a later date. Memorials may be directed to Bob’s family and online condolences may be left at www.kaisercorson.com. Kaiser-Corson Funeral Home in Waverly assisting the family with arrangements. 319-352-1187