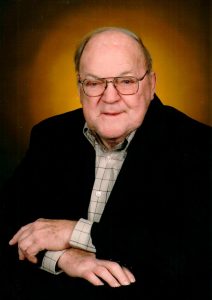 Robert Frederick Deterding entered the United States Army on September 9, 1955, in Des Moines, IA, served during the Peacetime era and reached the rank of Specialist 3 before being discharged on September 6, 1957 in Fort MacArthur, CA.

Robert Frederick Deterding is buried at St. Paul Lutheran Cemetery in Readlyn, Iowa and can be located at

Bob worked at Rath Packing Co. in Waterloo from 1954-1984. After Rath, Bob sold seed corn with Northrup King. He also drove school bus for Wapsie Valley Schools for over 15 years. While working he also farmed and always enjoyed raising cattle. He was a huge fan of Polka music.