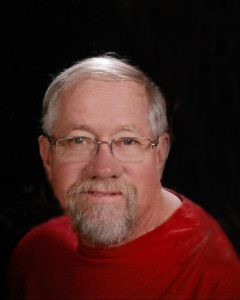 Robert Farrel Risse entered the United States Navy on December 6, 1967, in Waterloo, IA, served during the Vietnam War era and reached the rank of AE2 before being discharged on October 1, 1971 in Imperial Beach, CA.

Robert Farrel Risse is buried at Fairview Cemetery in Denver, Iowa and can be located at

Robert F. Risse, 70, of Denver, Iowa, and formerly of Waterloo, Iowa, passed away on Friday, September 2, 2016, at the Denver Sunset Home.

Bob was born on January 14, 1946, in Waterloo, Iowa, the son of Kenneth F. and Carrie (Ritchie) Risse. He was baptized and confirmed at St. John’s Catholic Church in Waterloo. Bob was united in marriage to Kathy Kroenecke on December 12, 1964 in Galena, Illinois. He graduated from Dunkerton High School. Shortly after high school Bob started working for I.P.S. which would later become MidAmerican Energy. In 1968, he entered the United States Navy and served during the Vietnam War until 1971. Upon his return from service, he continued with I.P.S as a journeyman lineman and would eventually become an operations supervisor. Bob retired in December of 2008.

He was a loyal member of Duck’s Unlimited, enjoyed woodworking and hunting. He had a huge passion for restoring and building street rods.

Bob is survived by his wife, Kathy Risse of Denver; a son, Thomas M. (Jodi) Risse of Sumner; a daughter, Lori Risse Sommer of Denver; and a daughter, Shannon (Bryan) Schafer of Denver; four grandchildren, Jason (Brittnay Gibson) Harris, Austin Schmidt, Natalie Risse, Jacob Risse, and; three brothers, Steve (Nancy) Risse of Dysart; Mike (Tammi) Risse of Waterloo; and Rodney Risse of Dunkerton; and a sister, Bonnie Forbes of Waterloo. He was preceded in death by his parents.

Mass of Christian Burial will be held on Thursday, September 8, 2016, at 10:30 a.m. at Blessed Sacrament Church in Waterloo, Iowa. Burial will be held in Fairview Cemetery, Denver. Military Rites at the grave will be conducted by the Acker Matthias American Legion Post 653 of Denver. Visitation will be held on Wednesday from 4:00 p.m. to 7:00 p.m. at the Kaiser-Corson Funeral Home in Denver and also for one hour prior to services on Thursday at the church. Wednesday at the funeral home there will be scripture service at 7:00 p.m. Memorials may be directed to Blessed Sacrament Church, Denver Sunset Home or to Unity Point Hospice. Online condolences may be left at www.kaisercorson.com