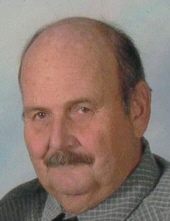 Raymond Edward Tehel, Jr. entered the United States Navy on March 3, 1966, in Sumner, IA, served during the Vietnam War era and reached the rank of Third Class Petty Officer before being discharged on February 3, 1970 in Long Beach, CA.

Raymond Edward Tehel, Jr. is buried at Wilson Grove Cemetery in Sumner, Iowa and can be located at

Graveside services will be held at 11:00 AM., Wednesday, January 8, 2020, at Wilson Grove Cemetery, rural Sumner with military rites provided by Thomas E. Woods Post #223, American Legion of Sumner. Visitation will precede the services on Wednesday beginning at 10:00 AM at Becker-Milnes Funeral Home in Sumner. A Celebration of Life will be held on Saturday, January 11, 2020, from 1:00 PM to 4:00 PM at Meadowbrook Country Club in Sumner.

Raymond Edward, son of Raymond, Sr. and Katherine (Jenkins) Tehel was born June 14, 1946, in Waukon. He was baptized and confirmed in the Methodist Faith in Waukon. Ray was a member of the class of 1965 of Sumner and later received his G.E.D. He served in the United States Navy in the Vietnam conflict from 1965 before being honorably discharged in 1969. On February 26, 1971, Ray was united in marriage with Diane Klemp at St. Paul’s United Church of Christ, rural Sumner. He worked for Lampe Construction in Sumner, Lorber in Oran, Kehe Construction in Waverly, and Matt Construction in Sumner. Ray owned and operated his own masonry business for many years prior to his retirement in 2010, due to health reasons. He was a long time member of Thomas E. Woods Post #223, American Legion of Sumner. Ray enjoyed bowling (was in a bowling league), playing cards, trips to the casino with his wife, Diane, and was an avid fan of the Iowa Hawkeyes basketball team.