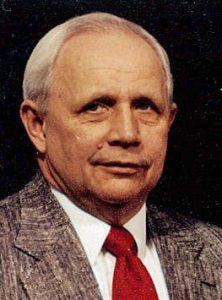 Paul Stanley Kurtz entered the United States Navy on November 20, 1952, in Great Lakes, IL, served during the Korean War era and reached the rank of Commissaryman Seaman before being discharged on September 23, 1954 in Seattle, WA.

Paul Stanley Kurtz is buried at Fairview Cemetery in Denver, Iowa and can be located at

After graduating from Janesville High School in 1949, Paul served in the Navy as a cook. When Paul returned to Janesville, he worked at the Riviera for his parents and married Shirley McLean on April 26, 1956. His entrepreneurial nature led him from the Rivera into real estate. Over the years, Paul worked with a number of partners including his sons in a variety of ventures and a venture with his sister to run the Black Hawk Restaurant in Cedar Falls. During his ‘retirement’, Paul continued to enjoy his lifelong love of food through cooking and making candy. Paul will be remembered for his devotion to family and friends and the love of fun and humor.

Visitation hours celebrating Paul’s life will be held at Kaiser Corson Funeral Home in Denver, IA, on Sunday May 6th from 11 am to 1pm, followed by a private family burial. The family requests instead of flowers, a memorial donation be sent to the American Heart Association.

On-line condolences may be left at www.kaisercorson.com.
Kaiser-Corson Funeral Home in Denver is in charge of arrangements. 319-984-5379