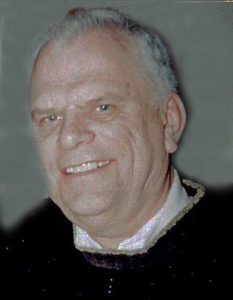 Paul H.J. Bergfelder Jr. entered the United States Air Force on August 2, 1972, in Des Moines, IA, served during the Vietnam War era and reached the rank of Airman First Class before being discharged on December 21, 1973 in Whiteman Air Force Base, MO.

Paul H.J. Bergfelder Jr. is buried at Harlington Cemetery in Waverly, Iowa and can be located at

Paul H.J. Bergfelder Jr. was born on September 4, 1948, the son of Paul H.J. Bergfelder Sr. and Marlys (Whitehead) Bergfelder in Brandon, Iowa. He graduated from Waverly-Shell Rock High School in 1966 and from University of Northern Iowa in Cedar Falls, Iowa. Paul served in the United States Air Force from 1972 until his discharge in 1973. He also served in the Army National Guard. He was employed by the Federal Government as a revenue agent for the IRS, retiring in 2007.

Graveside service will be held on Saturday, July 15, 2017 at 8:30 am at Harlington Cemetery in Waverly, Iowa with Pastor Dan Eloe officiating and military rites conducted by the Waverly Area Veterans Posts. Visitation will be held on Friday, July 14th from 5:00 pm until 7:00 pm at the Kaiser-Corson Funeral Home in Waverly. Memorials may be directed to the Waverly Area Veterans Posts and online condolences for P.J. may be left at www.kaisercorosn.com.

Kaiser-Corson Funeral Home of Waverly is in charge of arrangements for Paul Bergfelder Jr. 352-1187