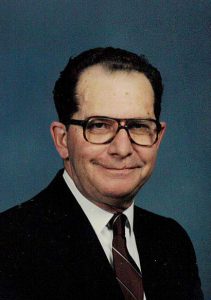 Norman William Herman entered the United States Air Force on October 18, 1950, in Des Moines, IA, served during the Korean War era and reached the rank of Staff Sergeant before being discharged on October 17, 1954 in Orlando Air Force Base, FL.

Norman William Herman is buried at Harlington Cemetery in Waverly, Iowa and can be located at

Norman William Herman, 87, of Waverly, Iowa, passed away on Saturday morning, July 8, 2017 at his home in Waverly.

Norman was born on December 2, 1929, in rural Waterloo, Iowa, the son of Flora Lena (Paul) and William Fredrick Herman. He was baptized and confirmed at Immanuel Lutheran Church – Klinger. Norman attended Klinger schools, and graduated from Readlyn High School in 1948. He then attended Wartburg College. In October of 1950, Norman entered the United States Air Force, including a year in Korea, where he served as a Flight Medic until his honorary discharge in October of 1954. On March 4, 1962, Norman was united in marriage to Carol Ann Harmening at St. John’s Lutheran Church in Waverly. He was a part of Cleveland & Herman Furniture Store and the Cleveland Funeral Homes, later owning N.W. Herman Home Interiors, all in Waverly. More recently, he was employed by Coonradt Ford, where he retired in 2010 at the age of 81.

Norman was previously a member of St. John’s Lutheran Church in Waverly, where he served in many capacities. He currently was an active member of St. Paul’s Lutheran Church in Waverly. Other memberships included the Lions Club, the Waverly Chamber of Commerce and Waverly AMVETS Post #79. In his free time, Norm enjoyed detailing his vehicles, reading and especially spending time visiting with friends and family.

Norman is survived by his wife of fifty-five years, Carol; a daughter, Kristin (Randall) McKenzie; a son, Frederic (Sandra) Herman, all of Waverly; two grandchildren, Kayla (Ryan) Petrey of Chicago, IL, and Brandon Piehl of Waterloo, IA; one sister, Melba Cleveland of Waverly and many nieces and nephews. He was preceded in death by his parents; and brother-in-law, Harry Cleveland.

Funeral services will be held at 10:30 a.m. on Tuesday, July 11, 2017, at St. Paul’s Lutheran Church in Waverly, with Pastor Arthur Bergren officiating. Burial will follow in Harlington Cemetery, Waverly. Visitation will be held Monday, July 10, 2017 from 6:00 to 8:00 p.m., at Kaiser-Corson Funeral Home in Waverly, and one hour prior to the service at the church on Tuesday. In lieu of flowers, memorials may be directed to the family for later designation. Online condolences may be left at www.kaisercorson.com. Kaiser-Corson Funeral Home in Waverly is assisting the family. 319-352-1187