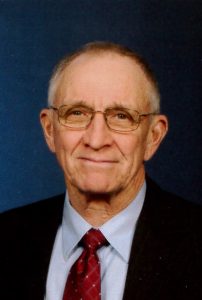 Norbert James Schmidt entered the United States Army on March 21, 1956, in Des Moines, IA, served during the Peacetime era and reached the rank of Specialist 3 before being discharged on March 13, 1958 in Fort Sheridan, IL.

Norbert James Schmidt is buried at Immanuel Lutheran Cemetery - Klinger in Readlyn, Iowa and can be located at

Norbert was a member of Immanuel Lutheran Church, Klinger, where he served in many offices, he also was a member of several dairy boards including, Bremer County Dairy Board, Dairy Council, AMPI, Dairy Management Inc., Midwest Dairy Association, and the Midland Board. Norbert enjoyed watching sports, dancing, singing, playing bridge and cards, and bowling, however, what he enjoyed most was his family, especially his grandchildren.