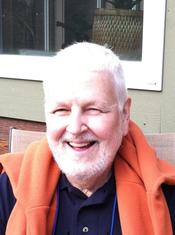 Mark Elmer Wilharm entered the United States Army on January 11, 1958, in Tripoli, IA, served during the Peacetime era and reached the rank of Private First Class before being discharged on July 10, 1958 in Fort Gordon, GA.

Mark Elmer Wilharm served again in the United States Army and reached the rank of before being discharged July 16, 1962 in .

Mark Elmer Wilharm is buried at Faith UCC Cemetery in Tripoli, IA, Iowa and can be located at

Memorial services will be at 11:00 A.M. Saturday, January 28, 2012 at Congregational United Church of Christ in Decorah with Rev. Marlea Gilbert and Rev. Wayne Wasta co-officiating. Military Honors will be provided. Visitation begins on Saturday at 10:00 A.M., one hour before services, at the church. Fjelstul Funeral Home in Decorah is serving the family.

A private family ceremony and inurnment will be held at a later date at the Faith UCC Cemetery in Tripoli, Iowa.

Mark Elmer Wilharm was born August 24, 1937 in Tripoli, Iowa, the son of Elmer and Emaline (Prestien) Wilharm. He graduated from Tripoli High School with the Class of 1955. Mark attended Wartburg College after high school until he entered military service in early 1957. Mark served both on active duty and in the reserves with the U.S. Army until 1965. He graduated from State College of Iowa in Cedar Falls (now U.N.I.) in 1964 followed by several periods of graduate studies.

Mark enjoyed a variety of endeavors which included working in the iron foundry at John Deere, bartending, managing a motel, two years as a high school history teacher, librarian in Waterloo, Iowa and still found time for some world travels.

Mark’s principal professional position was as a senior manager in the Iowa Department of Human Services retiring in 1998. He then refocused his life to engage and volunteer in many Decorah human service projects and political activities as well as continuing his education at Luther College.

Mark was preceded in death by his parents, sister Karla Priebe and foster brother Duane Stahlhut.

Mark is survived by his brother Marshall (Ali) Wilharm of Middletown, NJ; his sister Teresa (Richard) Wright of Port Townsend, WA; and their families who included eleven beloved nieces and nephews.