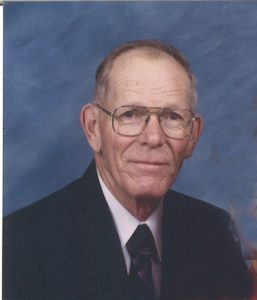 Loren Patrick McEnany entered the United States Army on May 16, 1958, in Fuedenheim, Germany, served during the Korean War era and reached the rank of Staff sergeant before being discharged on February 21, 1962 in Fort Riley, KS.

Loren Patrick McEnany served again in the United States Army and reached the rank of Sergeant before being discharged May 15, 1958 in Mannheim/Feuderheim, Germany.

Loren Patrick McEnany is buried at Harlington Cemetery in Waverly, Iowa and can be located at

Loren Patrick McEnany, 81, of Waverly, Iowa, passed away on April 27, 2016, at the Waverly Health Center in Waverly, Iowa.

Loren was born on September 22, 1934, in Albion Twp., Butler County, near Parkersburg, Iowa, the son of Mabel (Brocka) and Patrick McEnany. He was baptized at St. Frances Hospital, in Waterloo, and confirmed at Grace Lutheran Church in Waterloo. He attended country school and then Shell Rock High School, and graduated in 1951.

On December 30, 1955, Loren was united in marriage to Lavon Leerhoff at St. John Lutheran Church in Clarksville. To this union, three children were born, Loretta, Mark and Anita.

Loren was an active member of St. John Lutheran Church in Waverly, the American Legion Post #176, the VFW Post #2208, and the Marine Corp League.

Loren was a lifelong Cubs fan! He and Lavon enjoyed traveling, camping, fishing, being out on the farm, birds, flowers, photography, but most of all, family.

Loren is survived by his wife, Lavon; daughter, Anita Wiebke of Mason City; brother, Donald (Virginia) McEnany of Waverly; 4 grandchildren; 4 great-grandchildren; and several nieces, nephews, and cousins. He was preceded in death by his parents; son Mark in 1977; daughter Loretta Boswell in 2002; and son-in-law, Dean Wiebke.

Funeral services will be held at 10:30 am, on Monday, May 2, 2016, at St. John Lutheran Church in Waverly, with Pastor Matthew Versemann officiating. Burial will follow at Harlington Cemetery, in Waverly, with military honors provided by the Waverly Area Veterans Group Honor Guard. Visitation will be from 3:00p.m. until 6:00 p.m. on Sunday, May 1, 2016, at Kaiser-Corson Funeral Home in Waverly, and also for one hour prior to the service at the church on Sunday. In lieu of flowers, memorials may be directed to St. Jude’s Children’s Hospital, or the Waverly Area Veterans Post, P.O. Box 454, Waverly, IA 50677. Online condolences may be left at www.kaisercorson.com. Kaiser-Corson Funeral Home in Waverly is assisting the family. 319-352-1187