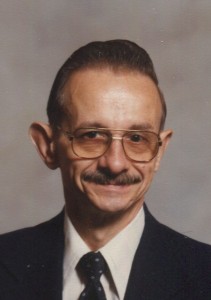 LaVern Julius Foelske entered the United States Army on July 9, 1957, in Des Moines, IA, served during the Peacetime era and reached the rank of Private First Class before being discharged on July 8, 1959 in Fort Bragg, NC.

LaVern Julius Foelske is buried at St. Paul's Lutheran Cemetery - Artesian in Waverly, Iowa and can be located at

Funeral Services will be held 11:00 a.m., Friday, May 1, 2015, at St. Paul’s Lutheran Church-Artesian of rural Waverly with Rev. Keith Brustuen officiating. Interment will follow in the Church Cemetery. Visitation will be from 5:00 to 7:00 p.m. Thursday, April 30th, at Rettig Funeral Home in Tripoli and for one hour preceding services at the church on Friday. Memorials may be given in his name to either St. Paul’s Lutheran Church-Artesian, Tripoli Nursing & Rehab, or Cedar Valley Hospice.

LaVern Julius, son of Reinhold and Martha Tegtmeier, was born January 3, 1935, in rural Tripoli, Iowa. He received his education in the Denver Public Schools. On July 8, 1957, he entered the U.S. Army and served for two years. He was united in marriage with Janice Schweer on May 12, 1957, at St. Paul’s Lutheran Church-Artesian. He was employed by Deere & Co. for many years prior to retiring in 1991. He was a member of St. Paul’s Lutheran-Artesian where he held various church offices over the years. He enjoyed old cars, reading, and most especially, time spent with his grandchildren.

In addition to his wife, Janice of Tripoli, LaVern is survived by a son, Rick (Kristi) Foelske of Tripoli; two grandchildren, Austin of Denver and Alyssa, at home with her parents in Tripoli; and one sister, Marlys (Rolland) Cagley of Nashua.