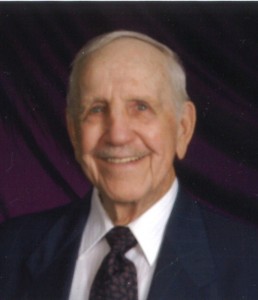 Larry Leland Secrist entered the United States Army on October 22, 1953, in Columbus, OH, served during the Korean War era and reached the rank of Specialist 3d Class before being discharged on July 21, 1955 in Fort Benning, GA.

Larry Leland Secrist is buried at Harlington Cemetery in Waverly, Iowa and can be located at

Larry Leland Secrist, 85, of Waverly, Iowa, passed away peacefully at his home on Tuesday, January 26, 2016.

Larry was born on December 28, 1930, in Loudonville, Ohio, the son of Glenn and Evelyn (Cates) Secrist. He attended Seiberling elementary school and two years at East High School in Akron, Ohio. The family moved to Mansfield, Ohio, where he attended Madison High School, graduating in 1949. Larry was senior class president, lettered in three sports, and was voted most valuable football player in 1949. He attended Kent State University, Kent, Ohio, earning a BA in Journalism in 1953. Larry was inducted into the U.S. Army during the Korean War, serving two years and was honorably discharged in 1955. He then attended Akron University earning a BA in Education in 1957.

He was employed in Sales and Promotion at Goodyear Aerospace Corporation in Akron, Ohio, for 2 ½ years. He then moved to Cleveland, Ohio, where he worked as a copywriter at Baisch Advertising. Larry then went on to work in Sales and Promotion at Ohio State Life Insurance Company in Columbus, Ohio, for 5 years. He returned to Cleveland, Ohio, and worked as Director of Public Relations at Globe Assurance Company for 8 years. In 1974, he moved to Waverly and joined Lutheran Mutual Life Insurance Company (now CUNA Mutual Group) as Sales and Promotion Manager. He retired after 20 years of service. Larry earned and received numerous accreditations from the insurance industry including the Charted Life Underwriter (CLU) designation in 1962.

He married the love of his life, Louise Kovacs on July 29, 1961, at Fairlawn Community Church, Akron, Ohio. They celebrated their 50th Anniversary together in July of 2011.

Larry was a member of Trinity United Methodist Church in Waverly, was on the board of the Waverly Heart Association and the Waverly United Way. His special interests included golf, photography and writing groups (including Serendipity & Memoir).

Larry is survived by his loving wife of 54 years, Louise Secrist of Waverly, Iowa; his daughter, Leslie (Rob) Brueckner of Johnston, Iowa; and 3 grandchildren, Lauren (17), Ryan (16), and Ava (10). He was preceded in death by his parents and older brother, Jack.

Celebration of Life Services will be held on Saturday, January 30, 2016, at 11:00 a.m. at Trinity United Methodist Church in Waverly, with Rev. Wil Ranney officiating. Burial in Harlington Cemetery in Waverly. Public visitation will be held on Friday, January 29th from 4:00 p.m. until 7:00 p.m. at the Kaiser-Corson Funeral Home in Waverly and also for an hour prior to services on Saturday at the church. Memorials may be directed to the family, where a memorial direction will be established at a later date or to the donor’s choice. Online condolences for Larry’s family may be left at www.kaisercorson.com. Kaiser-Corson Funeral Home in Waverly is assisting the family. 319-352-1187 – See more at: http://www.kaisercorson.com/obituary/Larry-Leland-Secrist/Waverly-IA/1584882#sthash.ZJ2b4ASb.dpuf