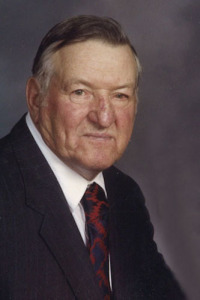 Kenneth Leroy Westendorf entered the United States Army on March 4, 1953, in Des Moines, IA, served during the Korean War era and reached the rank of Corporal before being discharged on February 17, 1955 in Fort Sheridan, IL.

Kenneth Leroy Westendorf is buried at None in , Iowa and can be located at

Kenneth was born on November 20, 1932, in Bremer County, Iowa, the son of Helmuth and Clara (Brickman) Westendorf. He graduated in 1950 from Oran High School. He served in the United States Army from 1953-55. Kenneth was united in marriage to Shirley Ganske on June 17, 1956, at St. Matthew’s Lutheran Church in Readlyn.

The couple made their home on the Westendorf family farm, where they farmed and raised their 6 children. He enjoyed fishing, farming, hunting and carpentry. Kenneth was a member of St. Peter’s Lutheran Church in Oran and was chaplain for the Wesgate Legion Post #92 where he participated yearly in their Memorial Day services.

He was preceded in death by his wife Shirley, his parents, a daughter, Karri Goodrich, brothers, Edwin, Ervin, and LaVerne Westendorf and a sister, Esther Westendorf.

Funeral services will he held on Wednesday, November 20, 2013 at 11:00 a.m. at St. Peter’s Lutheran Church in Oran. Following the service, Military Rites will be conducted at the church by the Messerer-Fox American Legion Post #92 of Westgate. Visitation will be held on from 4:00 p.m. to 7:00 p.m. on Tuesday at the Kaiser-Corson Funeral Home in Readlyn. Memorials may be directed to the family. Online condolences may be left at www.kaisercorson.com
– See more at: http://www.kaisercorson.com/obituary/Kenneth-Leroy-Westendorf/rural-Fairbank-IA/1315129#sthash.DGU9KPq1.dpuf