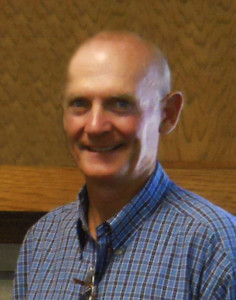 Kendall Edward Wittenburg entered the United States Army on September 5, 1969, in Des Moines, IA, served during the Vietnam War era and reached the rank of Specialist Fourth Class before being discharged on April 8, 1971 in Oakland, CA.

Kendall Edward Wittenburg is buried at Harlington Cemetery in Waverly, IA, Iowa and can be located at

Kendall was born in Waverly, Iowa, on September 19, 1949, the son of Arlin and Viola (Traetow) Wittenburg. He was baptized on October 9, 1949 at St. John Lutheran Church in Waverly, and confirmed on April 7, 1963 at St. Paul Lutheran Church – Artesian. Kendall attended school in Waverly, and graduated from Waverly – Shell Rock High School in 1967. He then went to work for Hurst Construction and farmed until September of 1969, when he entered the United States Army. He earned medals including the Bronze Star and two Purple Hearts prior to his honorable discharged from active duty in April of 1971. He then resumed his farming career, which he enjoyed until he suffered a stroke in November of 2012.

Kendall is survived by his mother, Viola; 2 nieces, Linda (Jeffrey) LaField and their children Dalton and Tatum, and Natalie (Ty) Williams; a nephew, David (Bethany) Wittenburg and children Owen, Aiden and Noah; and sister-in-law, Preshita Wittenburg. He was preceded in death by his father in 1999; and his brother, James, in 2003.
A memorial service will be held at St. Paul Lutheran Church – Artesian, on Saturday, December 6, 2014 at 11:00 am with Pastor Keith Brustuen officiating. Prior to the memorial service, inurnment will be at Harlington Cemetery in Waverly, at 9:30 am on Saturday. Procession from Kaiser-Corson Funeral Home in Waverly to Harlington Cemetery will be at 9:15 am. Military Honors will be conducted at the cemetery by the Waverly Area Veterans Honor Guard. Public visitation will be held on Friday, December 5, 2014 from 4 to 7 pm, at the Kaiser-Corson Funeral Home in Waverly. In lieu of flowers, memorials may be directed to the church or Waverly Area Veterans Post. Online condolences may be left at www.kaisercorson.com. Kaiser-Corson Funeral Home in Waverly is assisting the family. 319-352-1187
– See more at: http://www.kaisercorson.com/obituary/Kendall-Edward-Wittenburg/Waverly-IA/1457354#sthash.sTG33mHg.dpuf