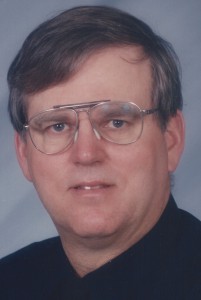 Jimmie Lloyd Schmidt entered the United States Marine Corps on November 29, 1990, in Waterloo, IA, served during the Persian Gulf War era and reached the rank of Master Sergeant before being discharged on May 2, 1991 in Waterloo, IA.

Jimmie Lloyd Schmidt served again in the United States Marine Corps and reached the rank of Corporal before being discharged August 28, 1969 in El Toro, CA.

Jimmie Lloyd Schmidt is buried at Oakland Cemetery in Janesville, Iowa and can be located at

Jimmie Lloyd Schmidt, age 66, of Janesville, IA died after a yearlong battle with cancer on June 4th, 2015 at his home.

Jimmie was born December 11th, 1948 in Waterloo, IA to Lloyd and Oma Fay (Ratliff) Schmidt. He attended and graduated from Janesville High School in 1967. He enlisted in the United States Marine Corps right after graduation and served in Vietnam and Desert Storm. He retired after his tour of duty in 1991. In 1972, he graduated from Hawkeye Tech in civil engineering. He held various jobs in this field before becoming a Waterloo police officer in 1985, retiring in 2007. Jimmie was united in marriage to Pamela Treptow on August 7th, 1971 at St. Peter Lutheran Church in Denver, IA.

Jimmie loved to do anything and everything outside with family and friends. He cherished his wife, son, daughter-in-law, and granddaughters. Jimmie enjoyed horseback riding, hunting, shooting in High Power Rifle competitions, riding his Harleys and being a member of the Patriot Guard. Jimmie earned High Master classification in F-Class High Power shooting. He liked to keep everyone on their toes by pulling pranks. Jimmie was a very helpful, caring man and he touched the lives of many.

Jimmie is survived by his wife Pamela, his son Brock (Emily) Schmidt of New Hampton, 2 granddaughters, Addison and Evelyn. He is also survived by a sister Linda Schmidt of Waterloo, sister-in-law Carol Schmidt of Scottsdale, AZ, sister-in-law Kim (Don) Blazek of Lawler, and brother-in-law Greg Treptow of Cedar Falls, six nieces and a nephew. He was preceded in death by his parents, Lloyd and Oma Fay Schmidt and a brother, John Schmidt.

Services will be held at 10 a.m. Monday, June 15th at Janesville Riviera Roose Community Center, with burial at Oakland Cemetery in Janesville with military graveside rights. Visitation is Sunday, June 14, at Messiah Lutheran Church, Janesville, with family present from 4 to 8 p.m. Memorials may be directed to the family. Online condolences may be left at www.kaisercorson.com.

Kaiser-Corson Funeral Home in Waverly is in charge of arrangements. 319-352-1187 – See more at: http://www.kaisercorson.com/obituary/Jimmie-Lloyd-Schmidt/Janesville-IA/1515628#sthash.reiq1XfB.dpuf