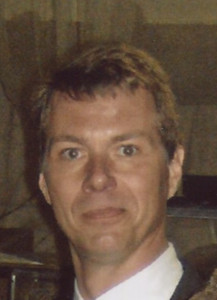 Jeffrey Alan Jurgensen entered the United States Army on November 17, 1982, in Des Moines, IA, served during the Peacetime era and reached the rank of before being discharged on November 15, 1985 in Fort Bragg, NC.

Jeffrey Alan Jurgensen is buried at St. John's Lutheran in Sumner, Iowa and can be located at

A Memorial Fund has been established in his name.

Jeffrey Alan Jurgensen was born June 18, 1964, in Sumner, the son of Roger A. and Vernette E. (Seehase) Jurgensen. He was confirmed at St. John’s American Lutheran Church in Sumner. In 1982, he graduated from Sumner High School. Following graduation, Jeffrey entered the military, serving in the United States Army from 1982 to 1985 in the 82nd Airborne Division as a parachute rigger. He then served in the Army Reserves until his retirement in 2007. Jeffrey was employed for the Veterans Administration, first as an LPN in Waterloo and then as a program analyst at the VA Hospital in Iowa City. He enjoyed fishing, woodworking and collecting David Bradley Tractors.

He was preceded in death by father, Roger Jurgensen; and 2 nieces, Danniella and Victoria Doss.