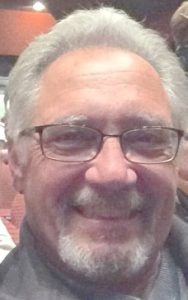 Jay Edward Demaray entered the United States Air Force on January 10, 1973, in Des Moines, IA, served during the Vietnam War era and reached the rank of Sergeant before being discharged on September 16, 1976 in Lubbock, TX.

Jay Edward Demaray served again in the United States Air Force and reached the rank of Sergeant before being discharged November 25, 1977 in Lubbock, TX.

Jay Edward Demaray is buried at Faith United Church of Christ Cemetery in Tripoli, Iowa and can be located at

Funeral Services will be held at Faith United Church of Christ in Tripoli on Friday, June 26, 2015, at 10:30 a.m. with Rev. Marilyn Sargent officiating. Burial will follow in the church cemetery. Friends may call from 4:00 to 7:00 p.m. Thursday June 25, 2015, at Rettig Funeral Home in Tripoli and for one hour preceding services on Friday at the church.

Jay Edward, son of Leighton and Catherine (Nordman) Demaray, was born November 25, 1953, in Charles City, Iowa. He received his education in the Rockford Schools, graduating from Rockford High School in 1972. He enlisted in the U.S. Air Force where he served for six years as a mechanic. On July 14, 2007, he was united in marriage with Marilyn Pries, at Elizabeth, Illinois. Jay worked in school bus sales in Waterloo. He enjoyed grilling, cooking, house remodeling with his wife, and watching the Iowa Hawkeyes.

He was preceded in death by his mother, Catherine; and mother-in-law and father-in-law, Millard and Ernestine Pries.