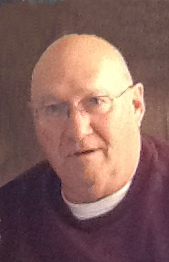 James Wayne Rick entered the United States Army on October 15, 1961, in Waverly, IA, served during the Peacetime era and reached the rank of Specialist Four before being discharged on August 14, 1962 in Fort Huachuca, AZ.

James Wayne Rick is buried at Harlington Cemetery in Waverly, Iowa and can be located at

Jim was born on June 6, 1939, in Waverly, Iowa, the son of Cecil and Dorothy (Repp) Rick. He was raised in rural Waverly and attended country school through the 6th grade and then Waverly High School graduating in 1957. On June 28, 1959, Jim was united in marriage to Barbara Mueller at St. Paul’s Lutheran Church in Waverly. Jim started working for Terex Crane shortly after graduating from High School retiring in 1999. After retiring from Terex he worked part time for seven years at Centennial Oaks Golf Course.

Jim was a member of St. Paul’s Lutheran Church in Waverly and the Army National Guard. He enjoyed hunting, fishing trips to Canada, and spending time outdoors, however, what he enjoyed most was spending time with family, especially his grandchildren.

Jim’s memory is honored by: his wife, Barb Rick of Waverly; two children, Jeffrey Rick of Rockwell City, Iowa and Julie (Robert) Dohlman of Elma, Iowa; four grandchildren, Jordan Brewer, Kimberly Rick, Lisa Rick, and Tyler Dohlman. He was preceded in death by his parents and a sister, Peggy Dewey.

Visitation will be held on Thursday, March 12, at Kaiser-Corson Funeral Home in Waverly where the family will greet friends from 4 to 7 p.m. Funeral services will be held at 10:00 a.m. on Friday, March 13, at St. Paul’s Lutheran Church in Waverly. Burial will follow at Harlington Cemetery in Waverly. Memorials may be directed to Cedar Valley Hospice and online condolences may be left at www.kaisercorson.com. 319-352-1187 – See more at: http://www.kaisercorson.com/obituary/James-Wayne-Rick/Waverly-IA/1489512#sthash.wdRPA1d4.dpuf