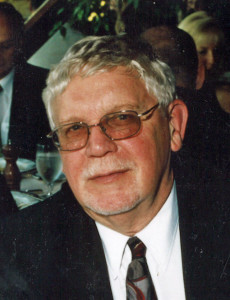 James Edward DeBower entered the United States Army on March 3, 1964, in Des Moines, IA, served during the Vietnam War era and reached the rank of Specialist Fourth Class before being discharged on March 2, 1966 in Fort Lewis, WA.

James Edward DeBower is buried at Harlington Cemetery in Waverly, IA, Iowa and can be located at

James Edward DeBower was born on August 9, 1942, the son of John and Leona (Fenneman) DeBower in Charles City, Iowa. He was baptized on September 6, 1942 at St. John Lutheran Church – Vilmar and confirmed on March 25, 1956 at St. John Lutheran Church – Vilmar. He graduated from Allison-Bristow high school. James served with the US Army from March 3, 1964 until his discharge on March 2, 1966. He was employed at Carnation (Nestle) in Waverly from December of 1966 until his retirement on September 1, 1997. On May 18, 1974, he was united in marriage to Mary Schellhorn at her parent’s home in Waverly.

According to James’ wishes, there will be no visitation or services his body has been cremated. Private family graveside will be held on Friday, December 26, 2014 at Harlington cemetery in Waverly. Memorials may be directed to Hospice of Donor’s choice or Cedar Valley Food Bank. Online condolences for James may be left at www.kaisercorson.com.

Kaiser-Corson Funeral Home of Waverly is in charge of arrangements. 319-352-1187 – See more at: http://www.kaisercorson.com/obituary/James-Edward-DeBower/Waverly-IA/1464176#sthash.U1hfCvrS.dpuf