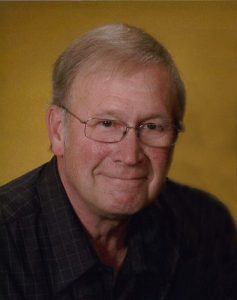 James Allen Bruns entered the United States Army on July 8, 1970, in Des Moines, IA, served during the Vietnam War era and reached the rank of Specialist 4 before being discharged on February 9, 1972 in Fort Dix, NJ.

James Allen Bruns is buried at Harlington Cemetery in Waverly, Iowa and can be located at

Jim was born on May 19, 1948, in Waverly, Iowa, the son of Elmer J. and Glenyce D. (Matthias) Bruns. He was baptized on June 2, 1948 and confirmed on April 15, 1962, at St. John’s Lutheran Church – Maxfield. Jim attended the Denver school system, graduating in 1967 from Denver High School. Jim then attended Hawkeye Community College in Waterloo for 2 years, where he studied Auto Mechanics. On September 7, 1969, Jim was united in marriage to Carole Lageschulte at St. John’s Lutheran Church – Maxfield. On July 8, 1970, Jim was inducted into the U.S. Army and was stationed in Fort Leonard Wood, Missouri for his basic training. Jim spent 1 year in Wurzburg, Germany and on February 9, 1972, Jim was released from active duty, and was transferred to the U.S. Army Reserves, being honorably discharged with the rank of SP4 on July 7, 1976. Jim worked at John Deere, was a School Bus Driver and Grounds Custodian and later in Custodial/Maintenance for the Waverly-Shell Rock Junior High, retiring on April 9, 2012 after 27 years of service.

Jim was a faithful member of Redeemer Lutheran Church in Waverly. In his spare time Jim enjoyed camping and fishing. But what gave him the most joy was spending time with family and friends, especially his 2 granddaughters.

Celebration of Life Services will be held on Saturday, November 19, 2016 at 10:30 am at Redeemer Lutheran Church in Waverly with Pastor Nancy Larson officiating. Burial will be held in Harlington Cemetery in Waverly, with military graveside rites conducted by the Waverly Area Veterans Honor Guard. Visitation will be held on Friday from 4:00 pm to 7:00 pm at the Kaiser-Corson Funeral Home, Waverly and also an hour before services on Saturday at the church. In Lieu of flowers, memorials may be directed to the family, where a memorial direction will be designated at a later date. Online condolences for Jim’s family may be left at www.kaisercorson.com. Kaiser-Corson Funeral Home in Waverly is assisting the family. 319-352-1187