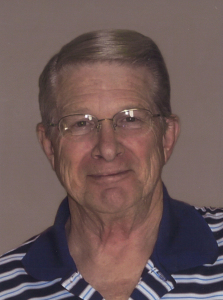 Jack Arthur Allen entered the United States Air Force on , in , served during the Vietnam War era and reached the rank of Airman before being discharged on February 10, 1965 in .

Jack Arthur Allen is buried at in , Iowa and can be located at

Jack was born on February 9, 1944, in Long Beach, California, the son of Arthur and Pearl (Nelson) Allen. He attended several Iowa schools graduating from Yale-Jamaica-Bagley High School. Jack then attended Northwest Missouri State graduating with a degree in education. He taught middle school math in Riceville, Iowa for 32 years.

Jack retired in 2002, to pursue his passions of golfing, Iowa Hawkeye football and wrestling, summers at Lake Okoboji, music, traveling, and family.

A memorial celebration will be held the weekend of Iowa Hawkeye Homecoming, October 11. Memorials may be directed to his family and online condolences may be left at www.kaisercorson.com. 319-352-1187 – See more at: http://www.kaisercorson.com/obituary/Jack-Arthur-Allen/Waverly-IA/1414457#sthash.KCHmn1uR.dpuf