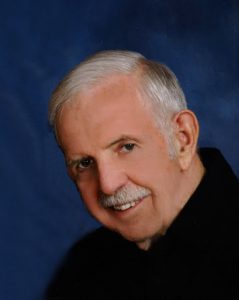 Howard Lee Jennings entered the United States Army on November 6, 1953, in Des Moines, IA, served during the Korean War era and reached the rank of Specialist Third Class before being discharged on October 27, 1955 in Fort Ord, CA.

Howard Lee Jennings is buried at Oakland Cemetery in Janesville, Iowa and can be located at

Howard was born on August 23, 1933, in Waverly, Iowa, the son of Roger and Vera (Shirer) Jennings. He attended school in Janesville and graduated from Janesville High School in 1951. In May of 1957, he graduated from Waterloo Business College. He served in the United States Army from 1953-1955. Howard was united in marriage to Carol Shepard on June 2, 1956, at First United Methodist Church in Cedar Falls. He retired from Carl Schuler Masonry in 2001.

Kaiser-Corson Funeral Home in Waverly is in charge of the arrangements.