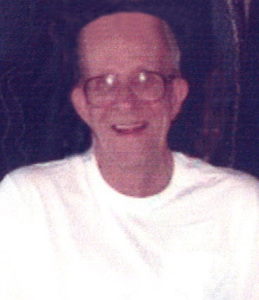 Howard Herbert “Slim” Vogel entered the United States Army on March 28, 1946, in Fort Snelling, MN, served during the World War II era and reached the rank of Private First Class before being discharged on April 14, 1947 in Fort Bragg, NC.

Howard Herbert “Slim” Vogel is buried at Harlington Cemetery in Waverly, IA, Iowa and can be located at

Howard Herbert “Slim” Vogel, 87, of Clarence, Iowa and formerly of Waverly, Iowa, died on September 10, 2014 at the Clarence Senior Living in Clarence.

Howard was born on November 21, 1926, in Lime Springs, Iowa, the son of Emil August and Georgena P.H. (Mohr) Vogel. He was baptized at St. Martin’s Lutheran Church at Davis Corners, rural Lime Springs, Iowa and was confirmed at St. Paul’s Lutheran Church in Lime Springs. He attended country school in the Lime Springs area. He served in the United States Army from 1946-1947. He was united in marriage to Genevieve Harrington on February 10, 1951, in Cedar Falls, Iowa. After their marriage the couple farmed until the early 80’s. While farming, Howard also worked at Rath Packing in Waterloo, retiring in 1982 after 35 years. He enjoyed woodworking and fishing.

Burial of Cremains will be held on Monday, September 15, 2014 at 1:00 p.m. at the Harlington Cemetery in Waverly with the Waverly Area Veterans Group conducting Military Rites. Memorials may be directed to a Breast Cancer Research of the donor’s choice. Online condolences may be left at www.kaisercorson.com – See more at: http://www.kaisercorson.com/obituary/Howard-Herbert-Vogel/Clarence-IA/1419289#sthash.wq7YsdU6.dpuf