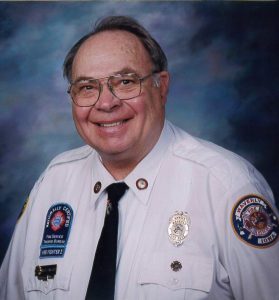 Herbert Kurt Meyer entered the United States Army on September 4, 1953, in Des Moines, IA, served during the Korean War era and reached the rank of Private First Class before being discharged on August 17, 1955 in Fort Lewis, WA.

Herbert Kurt Meyer is buried at Harlington Cemetery in Waverly, Iowa and can be located at

Herb was born on April 23, 1933, in Waverly, Iowa, the son of Kurt and Anna (Bast) Meyer. He was baptized May 28, 1933 and confirmed his Lutheran faith on March 23, 1947. Herb attended the Waverly School system and in May of 1946, at the age of 13, he started working at his father’s Blacksmith Shop. Herb graduated from the Waverly High School in 1951, and following his schooling continued working with his father. In 1953, Herb was drafted into the U.S. Army during the Korean conflict, until he was discharged in August of 1955. He was baptized at the First Baptist Church on 1956. Herb returned to Waverly and again worked at Kurt’s Plow Shop until January 1, 1959, when he bought the business from his father, and the business was named Herb Meyer’s Blacksmith and Welding. Herb retired in June of 2016 because of ill health.

On September 12, 1954, Herb was united in marriage to Claudette Smith in Plainfield, and to this union two daughters were born, Diane and Karen.

In 1965, Herb joined the Waverly Fire Department as a volunteer for over 50 years. In 1972, he became an E.M.T. and in 1974 began teaching C.P.R. In 1975, he started teaching at Hawkeye Tech in Waterloo in the areas of Emergency Medicine (10 years) and Triage and Trauma (26 years). He also taught Fire Fighting for Fire Extension Services in Ames, Iowa, for 30 years. Herb served on the Waverly Ambulance for 30 years until 2002. Herb received the Community Service Award for the Waverly Municipal Hospital in 1980. He was a Charter member of the Waverly Chapter Kiwanis Club, where he helped establish the Boy Scout Troop #69 of Waverly. He was Firefighter of the year in 1991, awarded by Waverly Fire Department, and again in 1992 and 2006 from the Waverly Exchange Club. He earned the Service to Mankind Award from Seratoma Club in 1985, and was inducted into the Waverly Heritage Days Hall of Fame in 2000. Additionally, he served on the Recreation Center Committee from 1969-1973, was the volunteer Blacksmith for Osborne Heritage Days for 25 years, parked cars for football games for 50 years, and dedicated several years making nails for the 4th grade kids from Waverly-Shell Rock Schools. On June 17, 2014, he embarked on an Honor Flight to Washington D.C., which he thoroughly enjoyed.

Herb was a faithful member of First Baptist Church in Plainfield, where he was a youth Sunday School Teacher and held other offices for the church. Herb enjoyed traveling to the East Coast to spend time with family and spending time with his local family.

Funeral services will be held at 10:30 a.m. on Saturday, August 19, 2017, at the First Baptist Church in Plainfield, with Pastor Shawn Geer officiating. Burial will be in Harlington Cemetery in Waverly, with Military graveside rites conducted by Waverly Area Veterans Honor Guard and Grundy County Honor Guard providing a firefighter memorial. Visitation will be from 4:00 p.m .to 7:00 p.m. on Friday, August 18, 2017, at the Kaiser-Corson Funeral Home in Waverly and for one hour prior to services at the church on Saturday. Memorials may be directed to the family for a later designation. On-line condolences may be left at www.kaisercorson.com.