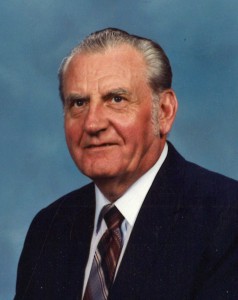 Harold Carl Pries entered the United States Army on June 26, 1952, in Des Moines, IA, served during the Korean War era and reached the rank of before being discharged on June 25, 1954 in Maryland.

Harold Carl Pries is buried at Harlington Cemetery in Waverly, Iowa and can be located at

Harold Carl Pries, 87, of Waverly, died Wednesday, March 4, 2015, at Bartels Lutheran Retirement Community in Waverly. Harold was born October 4, 1927, in Bremer, Iowa, the son of Arthur and Esther (Hennings) Pries. He married Doris Sundermeyer on February 6, 1949, in Klinger, Iowa. Harold served as an automotive instructor with the United States Army during the Korean War. He returned to Bremer, where Doris and Harold made their home. He worked as a salesman selling automotive test equipment. Harold was a member of Antique Acres for many years and enjoyed restoring antique Minneapolis Moline tractors. Harold is survived by his wife, Doris of Waverly; a son, Randy (Cindy) Pries of Readlyn; daughter, Kelly (Rick) Platte of Denver; 4 grandchildren, Angela (Shawn) Nicklaus of Janesville, Amy (Ben) Gomez of Allison, Andrew (Christina) Pries of San Antonio, Texas, and Jordon Platte of Cedar Falls; four great-grandchildren; one sister, Agnes Benning of Plainfield. He is preceded in death by his parents and two brothers, Art Pries Jr. and Ronnie Pries. Funeral services will be held at 11:00 a.m. on Monday, March 9, 2015, at St. John Lutheran Church with burial in Harlington Cemetery, both in Waverly. Visitation will be from 4 p.m. to 7 p.m. on Sunday, March 8, at the Kaiser-Corson Funeral Home in Waverly and for an hour prior to services at the church on Monday. Memorials may be directed to the family and on-line condolences may be left at www.kaisercorson.com. Kaiser-Corson Funeral Home in Waverly is in charge of arrangements. 319-352-1187 – See more at: http://www.kaisercorson.com/obituary/Harold-Carl-Pries/WaverlyIA/1488287#sthash.0xQiBkVd.dpuf