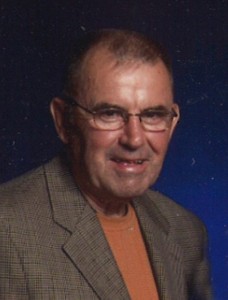 Gerald “Jerry” Joseph Kreger entered the United States Army on August 22, 1961, in Des Moines, IA, served during the Vietnam War era and reached the rank of Private First Class before being discharged on August 13, 1963 in Fort Hamilton, NY.

Gerald “Jerry” Joseph Kreger is buried at St. Joseph's Catholic Cemetery in Waverly, Iowa and can be located at

Jerry was born on January 9, 1939, in Waverly, Iowa, the son of Joseph and Mildred (Corwin) Kreger. He was raised in Waverly where he was baptized and confirmed at St, Mary’s Catholic Church and later graduated from the Waverly High School in 1957. Jerry then attended Loras College in Dubuque before being drafted into the United States Army in 1961. He was honorably discharged in 1963, and returned to Waverly. Jerry then went to work for John Deere in Waterloo where he worked for 33 years, retiring in 1995. On October 30, 1965, Jerry was united in marriage to Dorothy “Dolly” Geertsema at St. Mary’s Catholic Church in Waverly.

Jerry was a member of St. Mary’s Catholic Church in Waverly, Knights of Columbus, and the United Auto Workers Union. He’ll be remembered for volunteering at the Waverly Health Center, finding candy Dolly had hidden around the house, daily coffee with friends at Hy-Vee, riding bicycles backwards, playing golf, collecting golf balls people had lost on the course, and traveling, often taking the road less traveled even if he didn’t know the way to his destination. His greatest enjoyment in life, however, was his family, especially his grandchildren.

Jerry’s memory is honored by: his wife, Dolly of Waverly, Iowa; two daughters, Connie (Joe) Wishard of Omaha, Nebraska and Kelly (David) Kennedy of Cedar Rapids, Iowa; and five grandchildren, Maria and Matthew Wishard and Olivia, Zoe, and William Kennedy. He was preceded in death by his parents and a sister, Darlene Dornbusch.

Visitation will be held on Wednesday, December 2, at the Kaiser-Corson Funeral Home from 4 to 7 p.m. with a rosary service at 4 p.m. and a scripture service at 7 p.m. Mass of Christian Burial will be held on Thursday, December 3, at 10:30 a.m. at St. Mary’s Catholic Church in Waverly. Burial will follow lunch at St. Joseph Catholic Cemetery in Waverly. Memorials may be directed to St. Mary’s Catholic Church or Cedar Valley Hospice and online condolences may be left at www.kaisercorson.com. 319-352-1187 – See more at: http://www.kaisercorson.com/obituary/Gerald-Joseph-Jerry-Kreger/Waverly-IA/1567229#sthash.IRevi4DN.dpuf