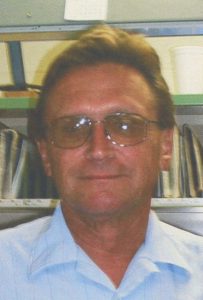 Gerald Eugene Heller entered the United States Marine Corps on June 8, 1966, in Des Moines, IA, served during the Vietnam War era and reached the rank of before being discharged on April 1, 1969 in Camp Pendleton, CA.

Gerald Eugene Heller is buried at St. John Lutheran Cemetery in Sumner, Iowa and can be located at

Funeral services will be held 10:30 a.m. Wednesday, October 21, 2015, at St. Paul’s Lutheran Church in Sumner with Rev. George Volkert officiating. Burial will follow at St. John Lutheran Cemetery in Sumner with military rites conducted by Thomas E. Woods Post #223, American Legion of Sumner. Friends may call from 4:00 to 7:00 p.m. Tuesday, October 20th at Becker-Milnes Funeral Home in Sumner and for one hour preceding services at the church on Wednesday.

Gerald Eugene, son of Martin and Eldora (Degelau) Heller, was born August 10, 1946, at Sumner, Iowa. He was baptized September 8, 1946, and confirmed April 10, 1960, at St. Paul’s Lutheran Church in Sumner. He received his education in the Sumner Schools, graduating from Sumner High School in 1966. On June 8, 1966, he enlisted in the U.S. Marine Corps. He served in Vietnam where he was awarded two purple hearts before being honorably discharged on April 1, 1969. On September 20, 1969, he was united in marriage with Patricia Miller in Waterloo. Gary worked as a mail carrier in Sumner for thirty years prior to retiring in 2002. He was a lifelong member of St. Paul’s Lutheran Church in Sumner. He was a member of Thomas E. Woods Post #223, American Legion of Sumner, the Marine Corps Association, and was a lifetime member of the Disabled American Veterans. He enjoyed reading, gardening, the Minnesota Viking and Twins, traveling, spending time at the family pond, and most especially, time spent with his grandchildren.

In addition to his wife, Pat of Sumner, he is survived by two children, Stacie (Terry) Boess of Hawkeye and Gerald F. (Tanya) Heller of Lakeville, Minnesota; five grandchildren, Tyler, Brooke, and Brody Boess, and Jaylen and Brandie Heller; a brother, Ron Heller of Hawkeye; his mother-in-law, Rachel Kirchhoff of Sumner; three sisters-in-law, Carol Heller of Readlyn, Marlys Heller of Sumner, and Tammy (Mike) Loftus of Waterloo; four brothers-in-law, Don Snyder of Alpha, Bill Lehmkuhl of Sumner, Gary (Kathy) Miller of Tracy, California, and Mike (Lynda) Miller of Sumner; and many nieces and nephews.

Gary was preceded in death by a son, Jason in 1978; his parents; two brothers, Martin and Fred; and three sisters, Lavonne Harmening, Joan Snyder, and Verla Lehmkuhl.